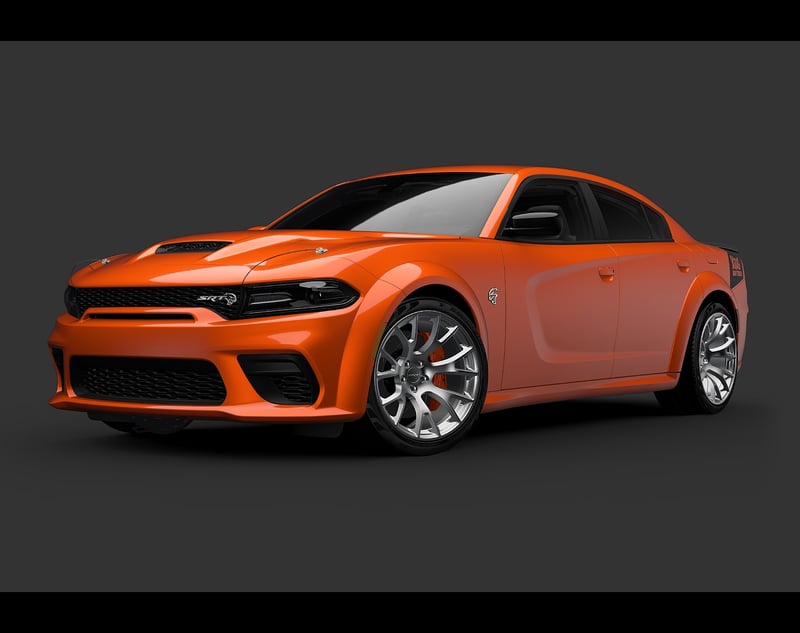 Dodge is unveiling No. 5 of 7 "Last Call" special edition models: the 2023 Dodge Charger King Daytona. Based on the Charger SRT Hellcat Redeye Widebody, it's a tribute to a West Coast drag-racing icon of the 60s and 70s. It's also the rarest special edition so far, with only 300 slated for production.

The "King Daytona" is named after William “Big Willie” Robinson, who nicknamed his 1969 Dodge Charger “King Daytona”. Dodge says he used it not only in claiming victory at the drag strip, but also in keeping racers on the track and off the streets. It honors the original by bumping performance to 807 horsepower and pairing a Go Mango exterior with unique orange interior accents. 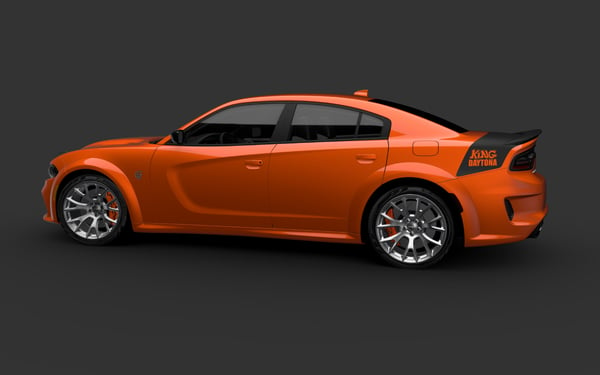 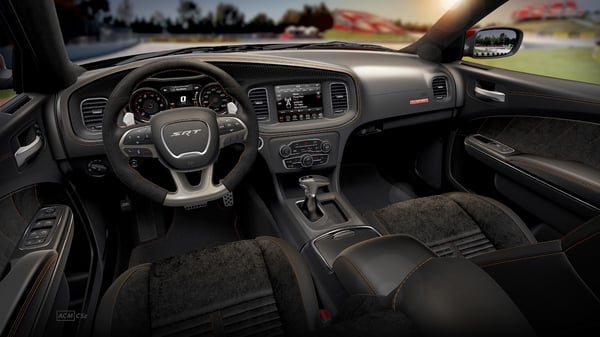 Here's a list of the special Last Call editions so far, with two to go.

For the 2023 model year,  Dodge is also offering popular Jailbreak models for the 717-horsepower Challenger and Charger SRT Hellcat. Dodge is also bringing back three heritage exterior colors for 2023: B5 Blue, Plum Crazy purple and Sublime green. One popular modern color, Destroyer Grey, also returns to the fold.  2023 Charger and Challenger R/T models will also feature new "345" fender badging, a callout to the 345-cubic-inch HEMI® engine under the hood.

All 2023 Charger and Challenger models will feature a special commemorative "Last Call" under hood plaque with the vehicle name and silhouette, as well as "Designed in Auburn Hills" and "Assembled in Brampton".

“Last Call” special-edition models will be allocated to specific dealerships, with pricing and dealer information shared on DodgeGarage.com when vehicle ordering opens later this fall.