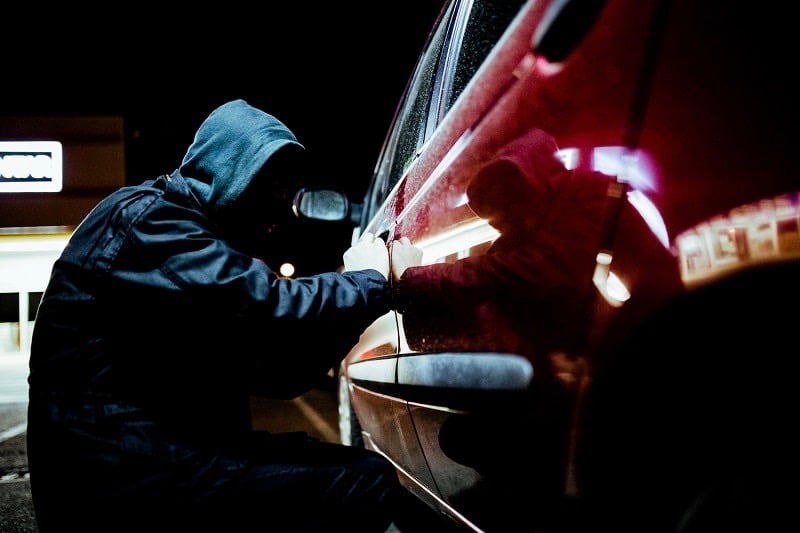 If you live California or Texas,  as many of our Car Pro Show listeners do,  you live in the top two states in the country when it comes to vehicle thefts, according to the latest National Insurance Crime Bureau’s (NICB) Hot Spots report.  The worst metro area for thefts in the country? The Bakersfield, Calif, Metropolitan Statistical Area (MSA),  which had the highest theft rate in the country for the second year in a row.


Overall, the NICB's Hot Wheels report shows a dramatic jump in auto thefts from 2019 to 2020:

"Auto thefts saw a dramatic increase in 2020 versus 2019 in part due to the pandemic, an economic downturn, law enforcement realignment, depleted social and schooling programs, and, in still too many cases, owner complacency,” said David Glawe, president and CEO of the NICB. “For many people, a car is the second largest investment they will ever make behind a home. As such, it is important to take simple steps to protect your investment–lock your car and take your keys, no matter where you live.”


Looking at it by state, California, Texas and Florida were the top three states with the highest number of vehicles stolen, with these states alone accounting for 37% of all thefts nationally. 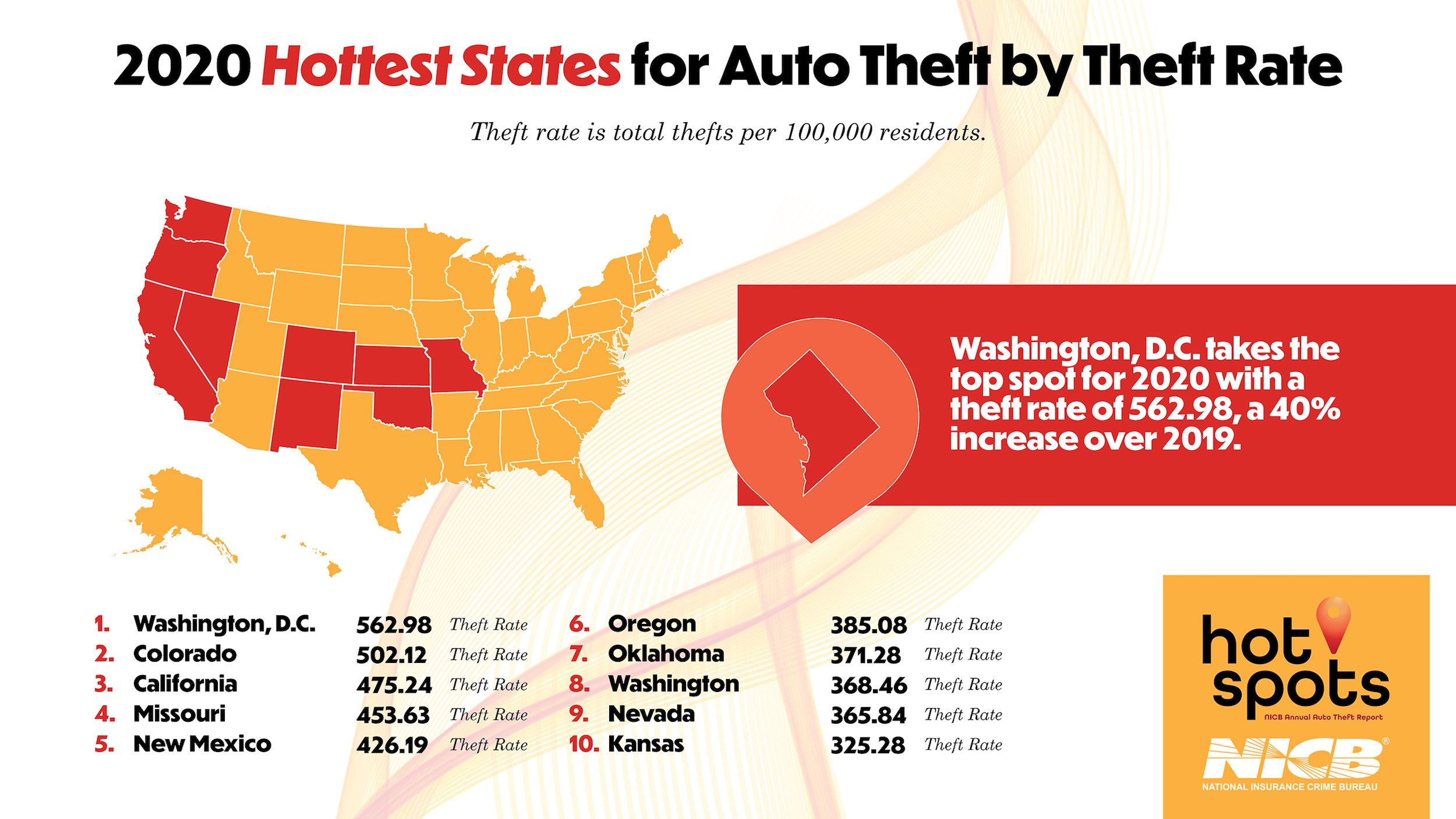 Despite the national jump in car thefts overall, 10 states went against the national trend and actually saw a decline in total theft numbers. 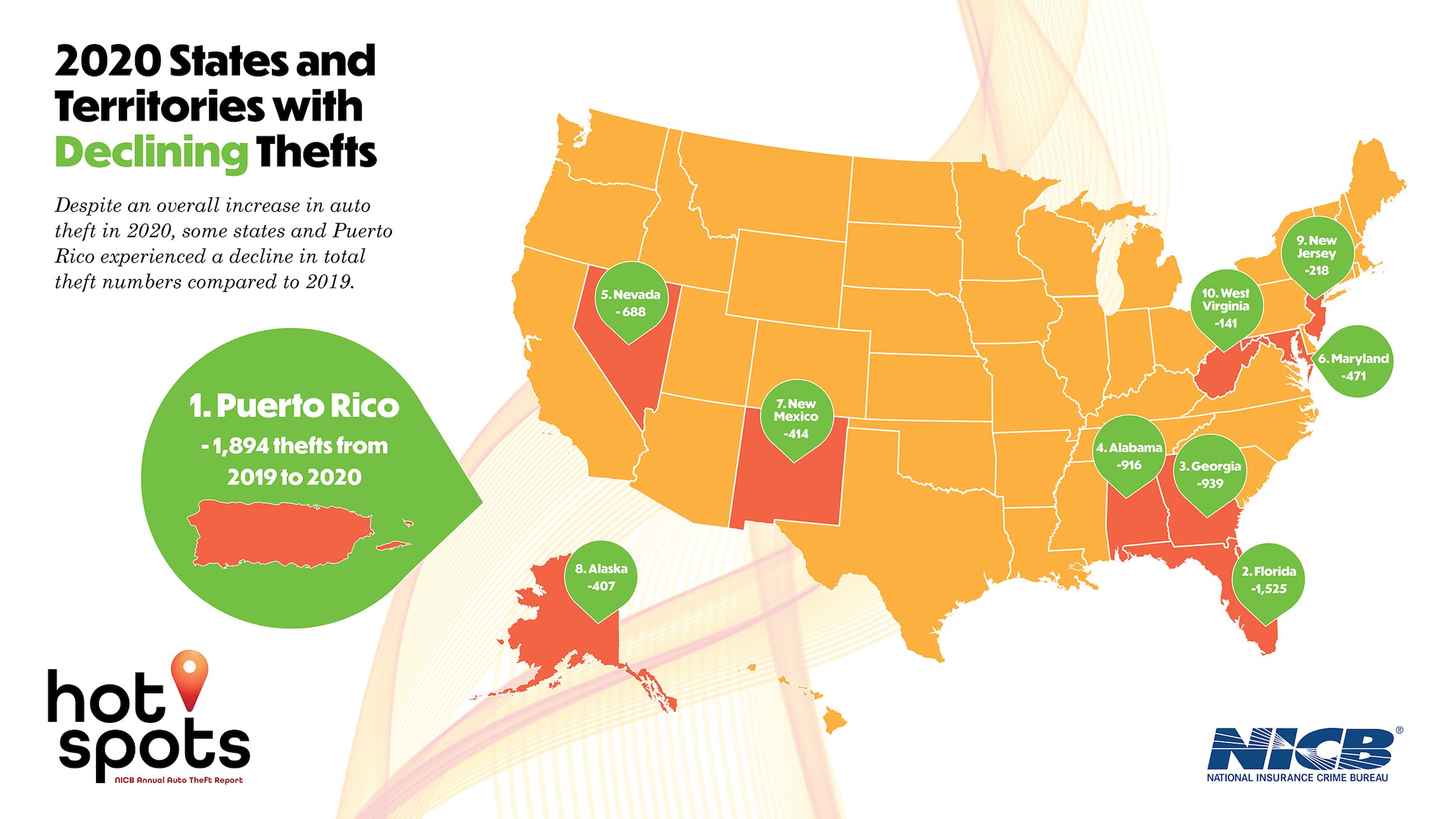 The NICB says of metropolitan statistical areas, Bakersfield leads the pack with a theft rate of 905.41. The theft rate is the total number of thefts per 100,000 residents.

NICB says the Hot Spots report examines vehicle theft data obtained from the National Crime Information Center for each of the nation’s metropolitan statistical areas. These are designated by the Office of Management and Budget and often include municipalities other than the cities for which metropolitan statistical areas are named. For example, Bakersfield, Calif., includes the entire county of Kern, not just the city of Bakersfield.

Tips To Protect Against Theft


To help keep thieves from getting behind the wheel of your vehicle, the NICB recommends these four "layers of protection":

Dodge recently announced some new innovative anti-theft measures for Charger and Challenger owners which you can read about here.