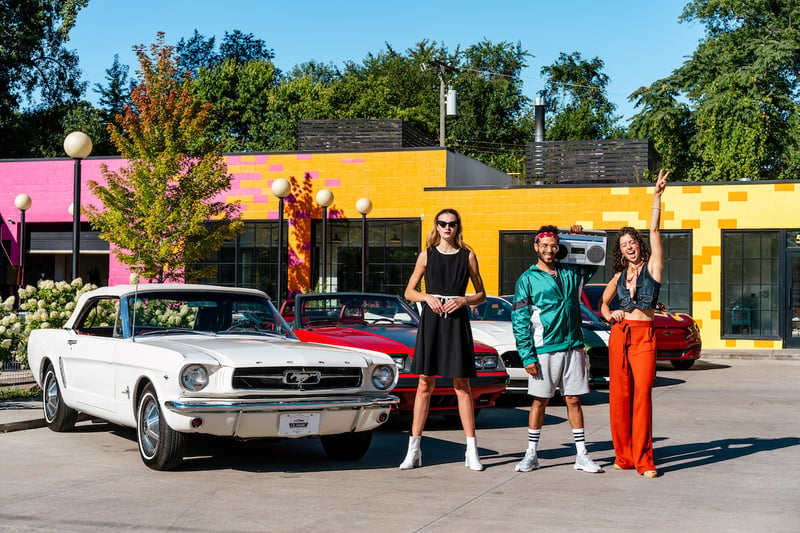 The countdown is on to the reveal of the new next-generation Ford Mustang! Ford will reveal the 7th-generation pony car on Wednesday, Sept 14th, at the Detroit Auto Show.

“Mustang is the world’s best-selling sports car because there’s one for everyone – from an EcoBoost convertible to 5-liter V8 GT fastback coupe,” said Jim Farley, president and chief executive officer, Ford Motor Company. “Now it’s time to for a new stampede of owners, fans and employees to welcome the next chapter in Mustang’s legacy – the seventh-generation, which will be our best yet.”

A camouflaged version of the all-new Mustang was on display at the 2022 Woodward Dream Cruise. Credit: Ford.

To mark the occasion, and celebrate every decade of the Mustang, it's also hosting a contest for those who attend the big debut it's calling the Stampede.

At the event, Ford will host a "Best Stang Decade" contest. Those who attend are encouraged to wear attire inspired by their favorite period in Mustang history, from the 1960s through today.  The winner will win a two-year lease on an all-new Mustang GT.

Contestants will be judged by a panel of Hour Detroit magazine editors along with fashion, art and entertainment experts. They'll select 12 finalists, two from each decade, with the top three costumes earning prizes.

Mustang owners can also register to participate in The Stampede, which kicks off with a parade of Mustangs driving from Ford World Headquarters to the debut event at Detroit’s Hart Plaza.  The event will be streamed live on Ford's social channels. The main event begins at 8 p.m. EDT.

If you plan to attend the event and enter the Best Stang Contest, here are a few other details.   Entrants need to be photographed  at one of the photo booths at The Stampede between 6:30 p.m. and 9:30 p.m. EDT on Sept. 14.

The contest is open to legal U.S. residents who reside in the 50 U.S. states and Washington D.C., who are 18 years of age or older, and are invited attendees of The Stampede.