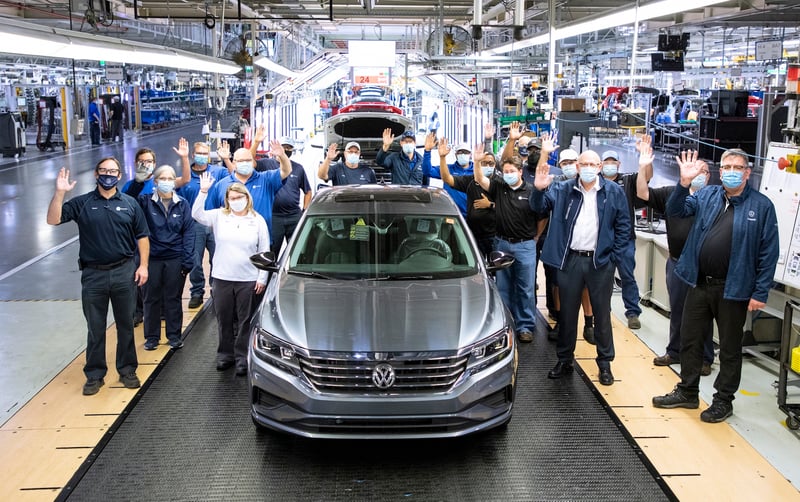 Volkswagen is celebrating the history of the Passat sedan, following the end of its production run in America. The last Passat model rolled off the line at Volkswagen's Chattanooga, Tennessee plant in December. The final Passat - a 2022 Passat Limited Edition in Platinum Grey - marked a nearly 800,000 run of Passats assembled at the Tennessee plant. Now, Volkswagen turns its attention to electric vehicles as later this year, VW plans to start building the ID.4 EV at the Tennessee plant.


Make no mistake, the Passat did well here in America. Volkswagen of America sold more than 1.8 million Passats in the U.S. since its arrival in the states nearly 50 years ago.  It wasn't always called the Passat, however. The first versions of the Passat family sedans and wagons from Volkswagen for U.S. customers were launched in 1974 under the Dasher name. The second-generation Passat was marketed as the Quantum. The Passat name appeared for the first time in the U.S. market in 1990.  The first six generations were exported from Europe, but in 2011 VW stopped importing it and started building it for the North American market at its Tennessee plant. (The larger 2012 model was also specifically designed with U.S. drivers in mind.) The U.S.-assembled Passat has been exported around the world—to Canada, South Korea and Middle Eastern markets—ever since.

“Volkswagen is in the business of making memories, and for 50 years nearly two million Volkswagen owners made memories behind the wheel of a Passat,” said Scott Keogh, President and CEO, Volkswagen Group of America, Inc. “For the thousands of our workers in Chattanooga, that is what makes their job special. And as we look to the future, with the Atlas and Atlas Cross Sport in high demand, and the assembly launch of our all-electric ID.4 SUV coming later this year, they’re ready to help America make millions more of those memories.” 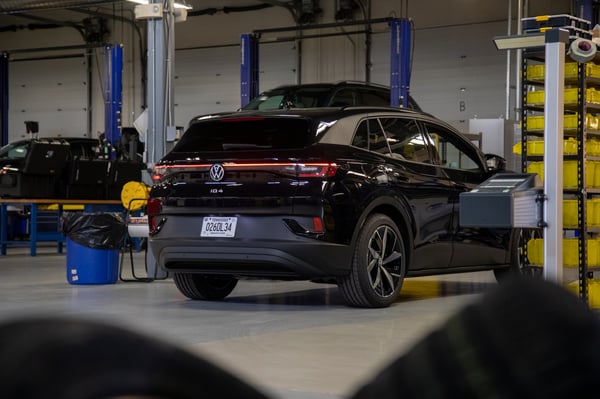 The Chattanooga plant will assemble both the ID.4 and the battery packs later this year. VW says the local Engineering and Planning Center is becoming the EV test hub for Volkswagen in North America, and the Volkswagen Academy is adapting its curriculum to encompass e-mobility