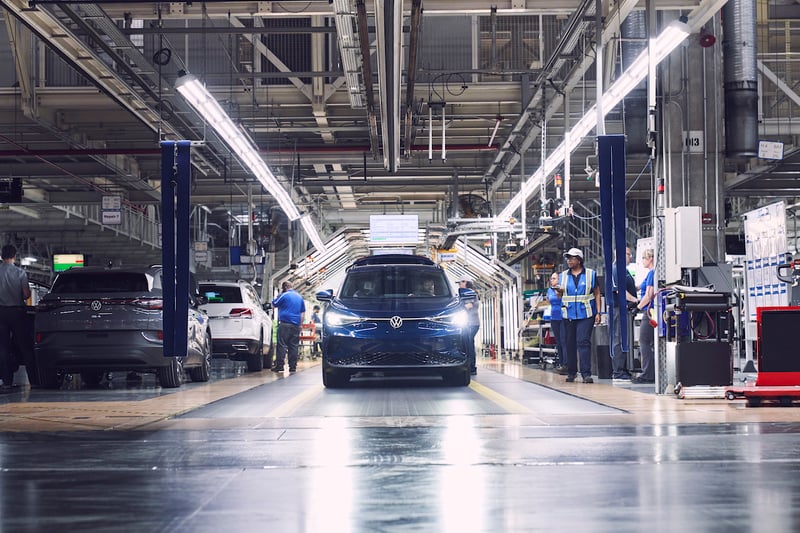 It's an history-making time for Volkswagen of America.  The automaker is, for the first time, building electric vehicles in the USA. Specifically its flagship the ID.4 which recently started rolling down the production line at its plant in Chattanooga, Tennessee.  It means that VW won't have to import the ID.4 into America from overseas anymore. 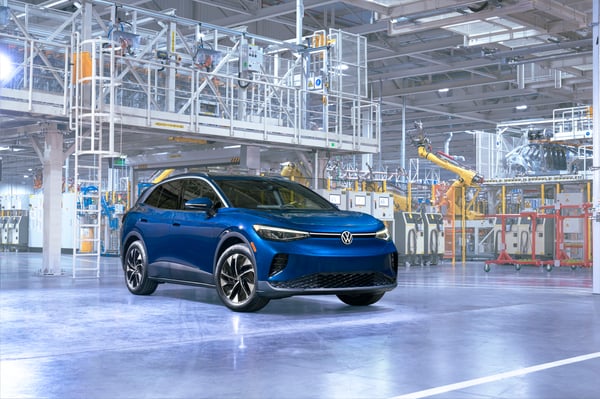 The first U.S.-built ID.4 deliveries are expected as soon as October. With that in mind, VW is sharing pricing details and announcing a new lower-priced ID.4 model to the lineup that will arrive late this year.  The ID.4 is available in three trim levels:  Standard/Pro, S, and S Plus.

VW says it plans to ramp up production at its Tennessee facility to 7,000 ID.4's a month this fall and further increase output through 2023.

The ID.4 adds some new standard tech features for 2023, includes Intelligent Park Assist, 45w USB-C charging and a 12-inch infotainment display. VW also says it's upgraded the design inside and out, including all-new colors and trim, new wheels and a new console. 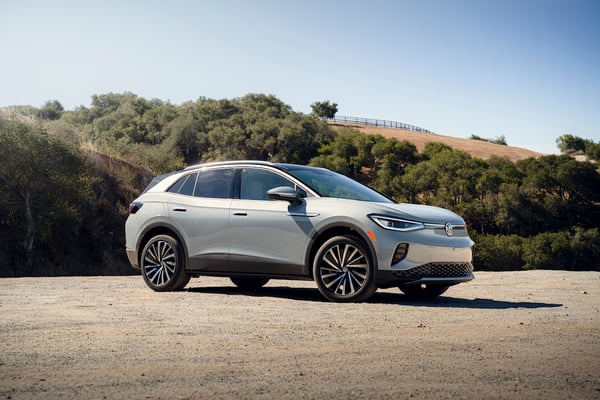 “We’re just starting to write a new chapter for Volkswagen in America, and it is very much an American story,” said Thomas Schäfer, Chairman of the global Volkswagen brand. “When we promised to bring Volkswagen EVs to the millions, it always included American workers building those EVs right there in Chattanooga. We couldn’t be prouder to see that vision realized today with our ID.4 electric flagship rolling off the lines. This is another milestone in Volkswagen’s ambitious electrification strategy for the U.S. market and globally.”

Plug&Charge functionality is also now standard on the ID.4, enabling owners to make even better use of their three years of included 30-minute DC fast charging sessions at Electrify America stations.

VW invested $800 million to turn its Chattanooga factory into an EV facility, with dedicated facilities for vehicle and battery pack assembly. The factory in Tennessee is now the sixth global site to produce vehicles for Volkswagen’s electric line-up. 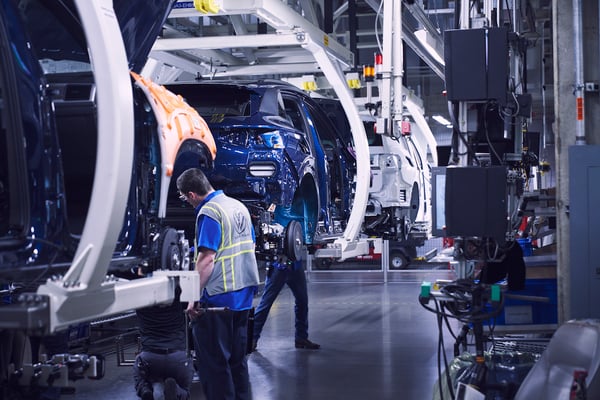 The Tennessee plant employees more than 4,000 people, and is actively hiring more than 1,000 new production team members through 2022, to help meet high customer demand for the ID.4 and Atlas SUV family. To prepare for the EV transition, the factory has organized more than 75,000 hours of workforce training on battery-powered vehicle and high-voltage systems.

VW says the American-assembled ID.4 will be mainly sourced in the North American region, particularly the United States. The vehicle includes materials and components assembled in 11 U.S. states, from steel in Alabama and Ohio, to interior parts in Indiana and South Carolina, and electronics components in Kentucky and North Carolina. The EV battery will be supplied by SK Innovation located in Georgia. 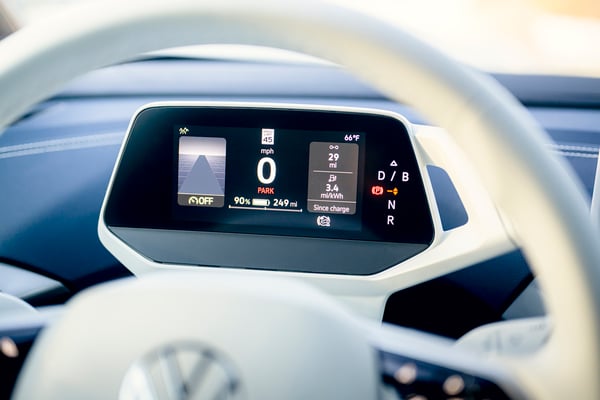