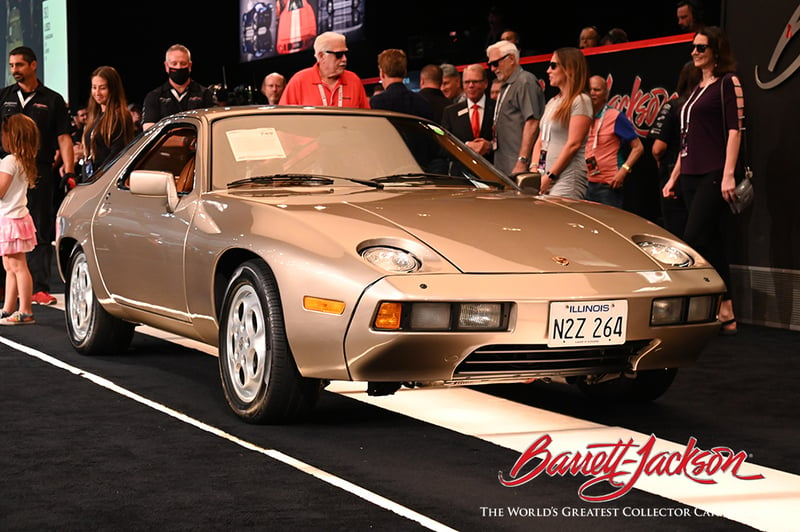 A 1979 Porsche 928 driven by Tom Cruise in the film “Risky Business” took in nearly $2 million at Barrett-Jackson's inaugural Houston auction last weekend, making it the most expensive Porsche 928 ever sold at auction.  The Porsche, in which a then 20-year old Tom Cruise reportedly learned how drive a manual transmission, sold for $1.98 million.

Barrett-Jackson’s first-ever Texas auction featured a 100-percent No Reserve docket with nearly 500 collectible vehicles that sold for more than $35.4 million. The Automobilia auction featured 279 pieces that sold for over $1 million, marking the most successful non-Scottsdale Automobilia Auction in the company’s history. Barrett-Jackson also continued to trailblaze with the auction of two NFTs, which brought in a combined $14,000.

Saturday, a 1956 Chevrolet 150 sold to benefit charity for $425,000 and was immediately donated back, igniting a second round of bidding that raised an additional $400,000. Another $175,000 was donated, bringing the total raised from the sale of the Chevrolet 150 to $1 million benefiting Honor Flight. To date, Barrett-Jackson says it's helped raise over $135 million for charity.

Total sales reached over $37.5 million with a 100-percent sell-through rate and 34 world-record auction sales, surpassing over 200 world records in 2021.

“This was a banner year filled with historic events made up of over 200 world-record auction sales that are forever etched into automotive history,” said Craig Jackson, chairman and CEO of Barrett-Jackson. “Thanks to our sponsors, consignors, bidders and guests, our Inaugural Houston Auction was an extraordinary extension of this year’s success. We’re far more than a car auction; we’re an immersive automotive experience with exhibitors, thrill rides and activities that rivals any event. We can’t wait for our January 2022 Scottsdale Auction, when we’ll celebrate everything we’ve accomplished over our 50-year history, in true Barrett-Jackson fashion.” 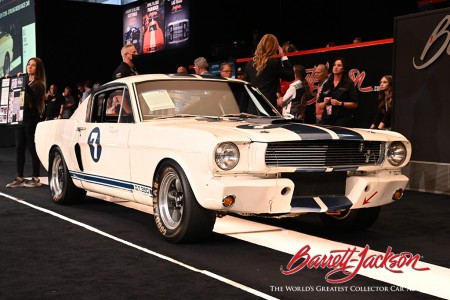 The top vehicles sold during the Inaugural Houston Auction included: 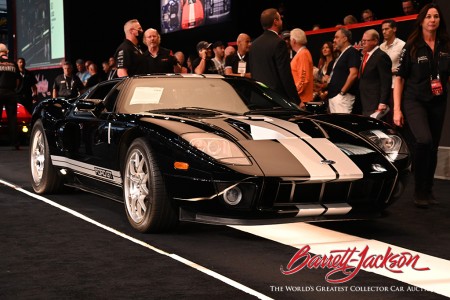 “We rocked the house in Houston and delivered the kind of results expected from a state that likes to do everything bigger and better,” said Steve Davis, president of Barrett-Jackson. “Our 100-percent No Reserve docket reinforced the demand for American-built Resto-Mods and quality customs, and the strong prices underscored the trust we’ve earned from our consignors and bidders. We’re bringing new collectors to the hobby with every auction with diverse dockets filled with vehicles that enthusiasts can relate to and enjoy. Join us in Scottsdale in January to celebrate this incredible journey we’re on.”

Barrett-Jackson also continued to fill the demand for collector car NFTs with two movie-themed Motoclub SparkNFTs. The 1959 Cadillac “Ghostbusters Ectomobile” Re-Creation NFT sold for $8,000, and the 1994 Toyota Supra from “The Fast & The Furious” franchise NFT, hammered in at $6,000. 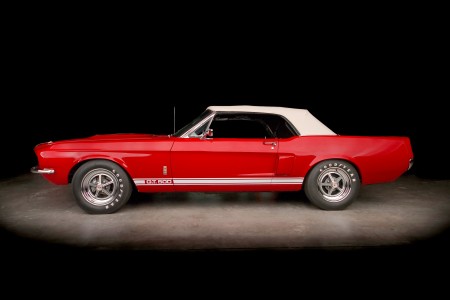 On Friday, Craig Jackson was joined by Aaron Shelby, grandson of Carroll Shelby and Board Member of Carroll Shelby International for the historic presentation of the 1967 Ford Shelby GT500 Experimental (EXP500) “Little Red” and the only Shelby GT500 convertible built that same year, marking the first time in history that these two vehicles were shown together in public.