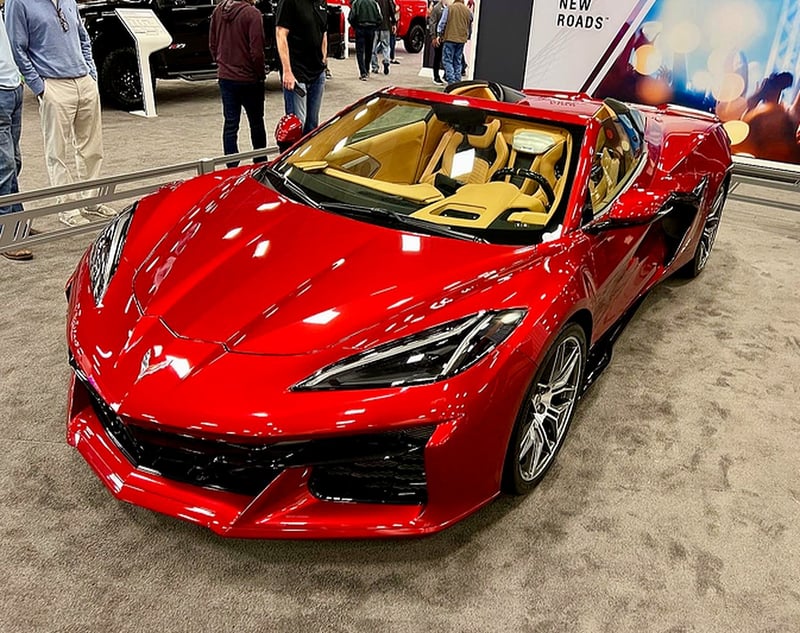 Automakers hate it when they see their products selling for more than MSRP, although I’m not sure I understand why.  They hold all the cards after all.  They get to set the price that dealers pay them for each car AND they get to set the window sticker prices.  In other words, the automaker gets the same money no matter what happens to the vehicle after the dealership purchases it.

Now comes General Motors with a new wrinkle:  they are going to cancel the warranties on three of their products if the vehicle is sold by a consumer within the first year of ownership.  Those vehicles include the 2023 Cadillac Escalade-V, the Chevy Corvette Z06, and the Hummer Electric Truck.

So, let this scenario rattle around in your head:  You go out into the open market and pay your hard-earned money for a new Corvette Z06.  Six months later you decide it is not the car for you, or it hurts your back, or you have a family emergency and need money, or you lose your job and can no longer afford the car.  Now you are stuck because nobody will buy a $100,000+ car with no warranty.  For my entire life, every new vehicle warranty stays with the car until it expires or you hit the mileage limits.

Oh the arrogance.  Last time I checked, this was still America and once I make a purchase, that product is mine whether a car, a boat, or a can of soup, and I can do with it as I wish without time limits or penalties.

The Automakers like to stand behind the premise of “it hurts the brand” when cars sell for more than MSRP.  I call B.S. on that argument.  To me, nothing makes a more positive statement about a vehicle than to see a car dealer pay thousands, sometimes tens of thousands over sticker price at a dealer-only auction with plans of making a profit above that.  That says to me that the automaker designed and built a vehicle that people want very badly and are willing to pay whatever it takes to get one.  How could that hurt the brand?

General Motors grasp this:  MSRP stands for Manufacturer’s Suggested Retail Price.  Yes, suggested.  Where were you for all the decades that nobody, and I mean nobody, paid your “suggested” price that was set by you?  They beat the hell out of car dealers for the biggest discount possible. That was OK, right?  Seems like a double standard.

Automakers control everything the dealerships do, yet it is the dealership owners’ money on the line every day.  Automakers ineptness caused the microchip shortages, the millions of airbag recalls, and the millions of other recalls that happen every single year.  Don’t blame the suppliers for all this, it was you forcing the suppliers to cut every corner so they could be your lowest bidder, and guess who is left to clean up your mess?  Your loyal dealers, of which I was one for many years.

Automakers, quit trying to control the world and spending time and money trying to figure out how to keep people from making a profit after a vehicle is sold.  It is none of your business and you’ve already banked your money at that point.

The free enterprise system works.  You set your MSRP anywhere you want to, you always have, but after that, free enterprise rules and supply and demand dictates prices, not you.

After all, it’s still America.