Thanks For The Memories:  Current Challenger & Charger Going Away 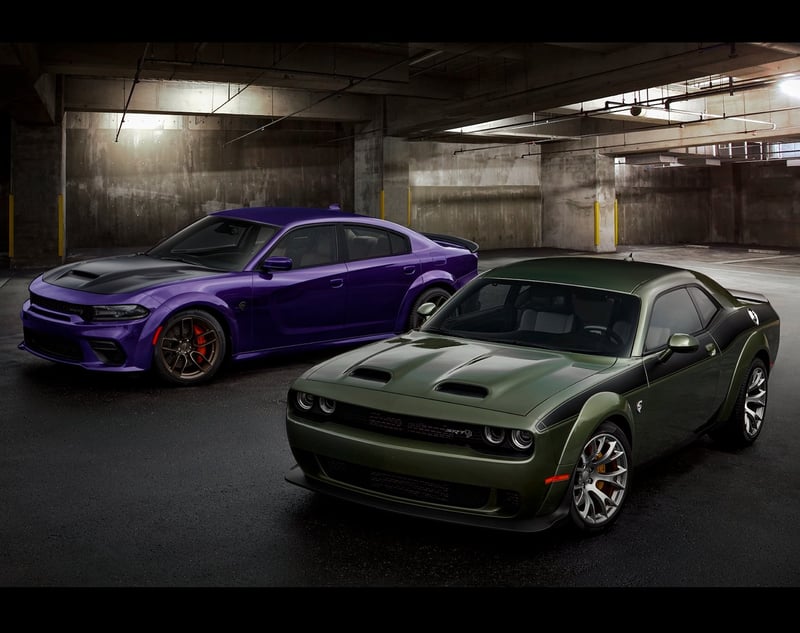 This is hard for me.  Some of my favorite reviews through the years have been big V8 Dodge Chargers & Challengers.  At least they are going out with a bang!

It's officially last call for the current Dodge Charger and Dodge Challenger. Dodge says the 2023 model year will be the last for the muscle car duo, in current form.  But they won't ride off into the sunset without some fanfare. Dodge will roll out seven special edition models as a farewell. It will also bring back some heritage colors for 2023 and expand the SRT Jailbreak model lineup. And of course every 2023 model will get a commemorative "Last Call" underhood plaque.


Dodge says iconic Challenger and Charger models like the Demon, Hellcat, Redeye, Scat Pack, Shaker, Jailbreak ushered in a second golden age of the muscle car.  The original Hellcat boasts 707-horsepower -- the Challenger SRT Demon 840-horsepower. The modern-day Charger launched in 2005 at Dodge's assembly plant in Ontario, Canada. Since then, Dodge says the plant's built 3 million Dodge vehicles, representing a billion horsepower.  Dodge says the Challenger was the No. 1 muscle car in the U.S. in 2021.

“We are celebrating the end of an era — and the start of a bright new electrified future — by staying true to our brand,” said Tim Kuniskis, Dodge brand chief executive officer – Stellantis. “At Dodge, we never lift, and the brand will mark the last of our iconic Charger and Challenger nameplates in their current form in the same way that got us here, with a passion both for our products and our enthusiasts that drives us to create as much uniqueness in the muscle car community and marketplace as possible.”


The 2023 lineup will offer seven, heritage-influenced special edition models designed to pay tribute to legendary history of the Dodge Challenger and Dodge Charger.    Dodge says each model will share a connection to an iconic Dodge model from the past,  going back to the dawn of the muscle-car era in the 1960s and 1970s. Dodge recently teased the models Dodge Speed Week in Pontiac, Michigan and says it'll release specific info on six of the models later this year. 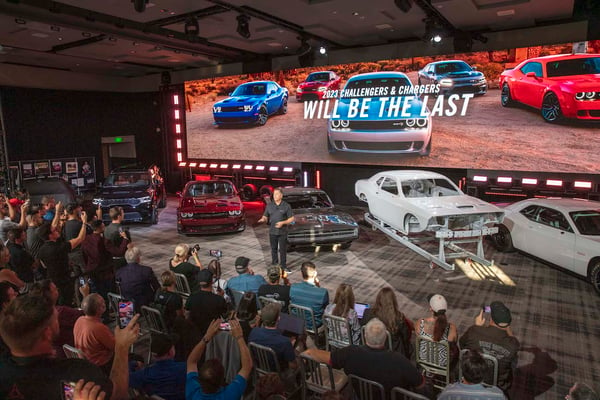 The seventh model will be extra special - as Dodge dubs it the "very last of its kind".  It will be revealed at the Specialty Equipment Market Association (SEMA) Show in Las Vegas, scheduled for Nov. 1-4, 2022.

2023 Charger and Challenger R/T models will also feature new “345” fender badging, a callout to the 345-cubic-inch HEMI® engine under the hood.

All 2023 Charger and Challenger models will also carry a special commemorative “Last Call” underhood plaque, making each one a true collector’s vehicle. The brushed aluminum underhood “Last Call” plaque features the vehicle name and a vehicle silhouette, as well as “Designed in Auburn Hills” and “Assembled in Brampton” to proclaim each vehicle’s origin. 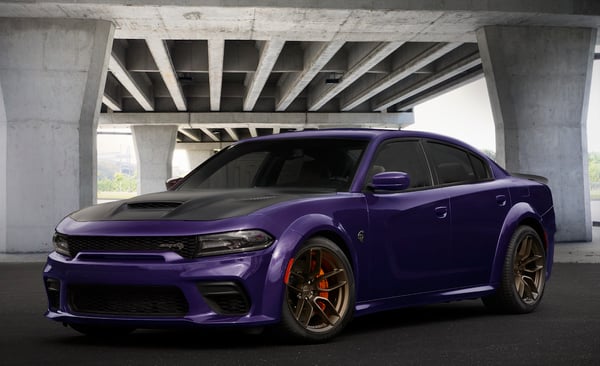 Dodge is also expanding its popular SRT Jailbreak lineup for 2023.  They were introduced earlier this year for the  Dodge Charger and Challenger SRT Hellcat Redeye Widebody. For 2023, SRTJailbreak models will also be available for the 717-horsepower Challenger and Charger SRT Hellcat.

Dodge is also doing things differently for 2023 in terms of the allocation process.  The automaker says it plans to allocate the entire 2023 run to dealerships all at once. The models will then be offered on a first-come, first-served basis at top-selling Dodge dealerships.  Dodge says the new allocation process will help customers identify and secure their Dodge more easily. A list of dealerships will be shared on DodgeGarage.com that includes info on all 2023 inventory at each Dodge dealership.

No pricing or ordering details are available yet and will be announced closer to the on-sale date.

Who could forget the Challenger burnout I did and forgot to turn the air conditioner off?  If you haven't seen the video, click below. - Jerry