States With The Rudest Drivers 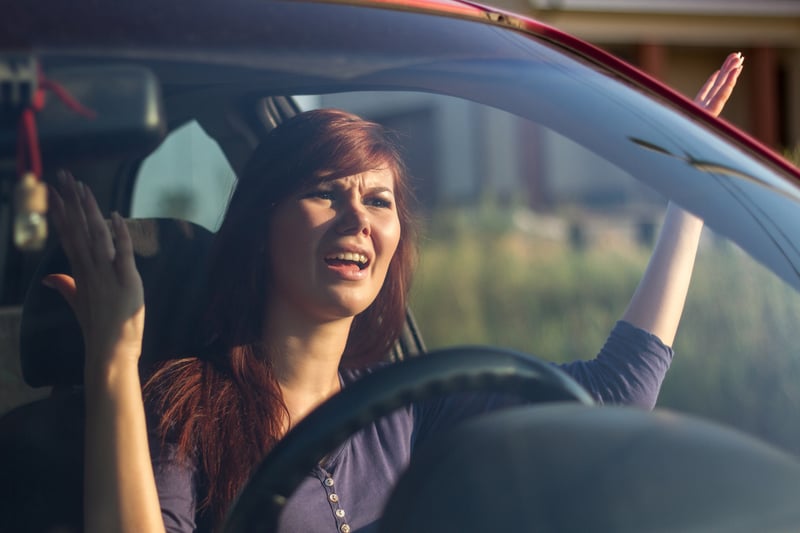 Wonder where your state falls when it comes to rude drivers? To find out, we turn to a new study from Insurify that lists the 10 states with the rudest drivers. The top two spots go to East Coast cities with Virginia ranking number one on the list for the second straight year followed by Delaware.  Neither Texas or California make the top ten list.

The study defines rude drivers as those who ignore driving decorum and disregard the rules of the road. It's not just rude, it's also dangerous.   Insurify lists the biggest violations as failure to yield violations, either yielding to the right of way or to a pedestrian, failure to stop violations (failure to stop for a red light, school bus, or stop sign), improper backing, passing where prohibited, as well as tailgating, street racing, and hit-and-runs.  The most common violation is running red lights.

Here's a look at the list compiled by Insurify's data scientists. You can also check out a map that shows rude driving behavior by state. 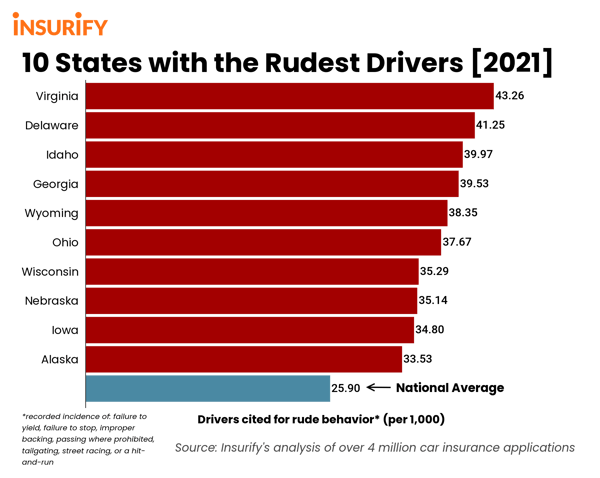 The study lists these additional takeaways:

Insurify also looked at the cities in each state with the rudest drivers. They include:

Find the complete list of states and cities here.

To read more about aggressive driving from the AAA Foundation of Traffic Safety click here.