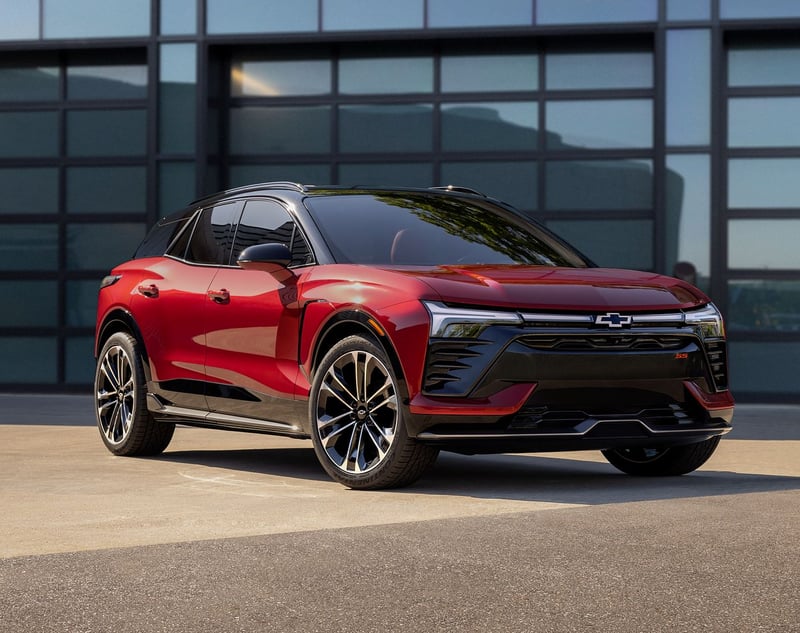 Reservations are now open for the first-ever all-electric Chevrolet Blazer. The 2024 Blazer EV will start rolling out next summer with Chevy's first-ever SS-badged vehicle due out later in 2023.  The lineup offers four trims - an 1LT, 2LT, RS and the SS - plus a Police Pursuit Vehicle (PPV). Chevy says the Blazer EV will offer a GM-estimated range of up to 320 miles on a full charge, depending on the trim. (The RS trim offers the 320-range while the other trims offer less.)

“The 2024 Blazer EV sets a new tone for electric SUVs, with options and intuitive technologies that help position Chevy for leadership in one of the fastest-growing EV segments,” said Scott Bell, vice president of Chevrolet. “Along with the all-new Silverado EV and Equinox EV coming next year, we are making great strides in offering more choices for zero tailpipe-emissions vehicles — choices that make switching to an EV easier than ever.”


The SS is the line's most powerful model. It features an exclusive performance AWD propulsion configuration designed to produce up to 557 horsepower and up to 648 pound-feet of torque, and unique WOW (Wide Open Watts) mode enabling 0-60 sprints of approximately less than 4 seconds (based on GM estimates).

“The Blazer EV SS has the soul of a true sports car,” said Bell. “And while it represents the pinnacle of performance for Chevy’s EV lineup, all models offer stirring capabilities that will surprise and delight true performance devotees.”


The Blazer EV, based on GM’s's new Ultium Platform, takes design cues inspired by the Camaro and Corvette. Chevy says the platform allows the Blazer to have a muscular, athletic profile. Prominent front-fender extractor vents are a nod to Chevy’s motorsports legacy.

“The Blazer EV’s design evokes the same sort of emotional response as Chevy’s performance cars,” said Phil Zak, executive director, Chevrolet Design. “There’s true SUV functionality, but inside and out, it has the sort of passionate proportions and feel that make you want to slide behind the wheel and explore what’s beyond the horizon. It’s a vehicle that looks great from every angle and beckons you to drive.” 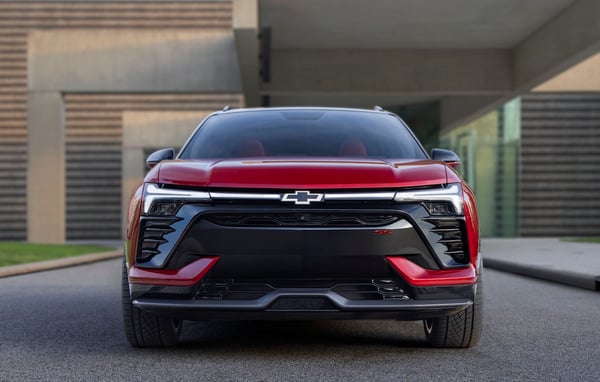 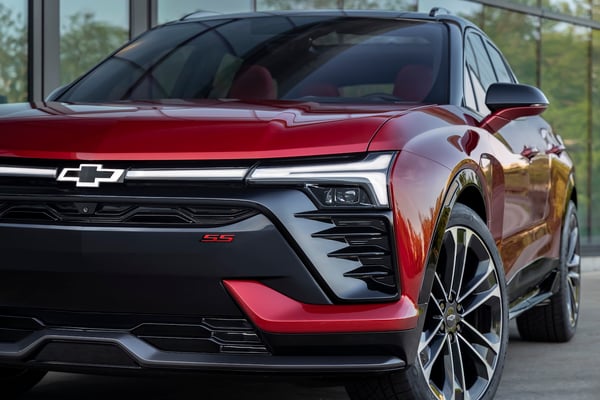 The LT features a monochromatic appearance and standard 19-inch wheels, while the sportier RS receives a black grille and other black accents, plus standard 21-inch wheels. The SS looks the most aggressive with a unique front grille, two-tone color scheme featuring a black roof and A-pillars that complement the Blazer EV’s body color pallet, standard 22-inch wheels and more.

The RS and SS trims feature a dual-element LED exterior lighting signature with choreographed lighting sequences, activated by the driver's approach or departure. The effect features a full light bar and illuminated Bowtie emblem on the front.


Like the exterior, many of the interior's design elements are inspired by Chevrolet’s sports cars and performance heritage, such as a flat-bottom steering wheel for the RS and SS trims and sculpted vents inspired by turbines. 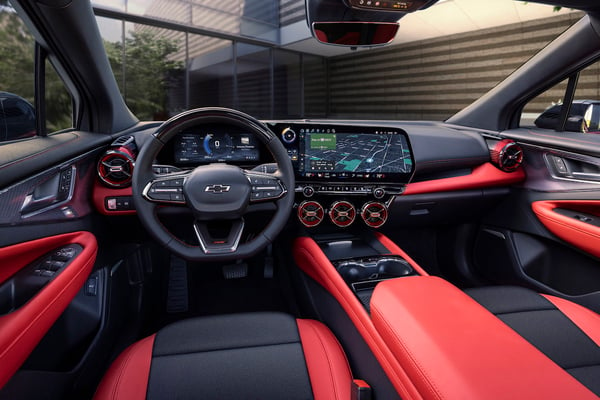 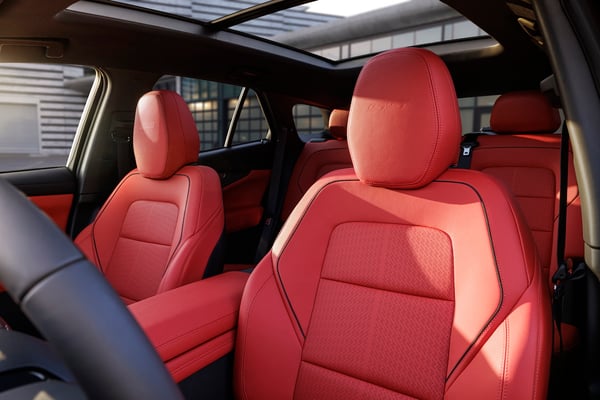 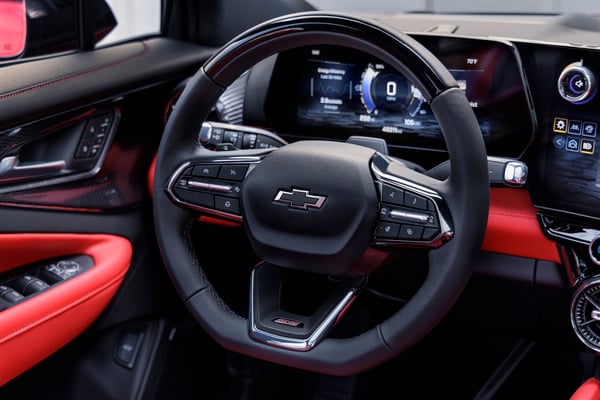 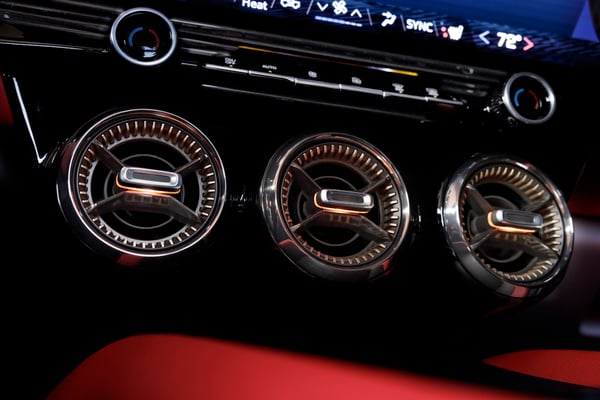 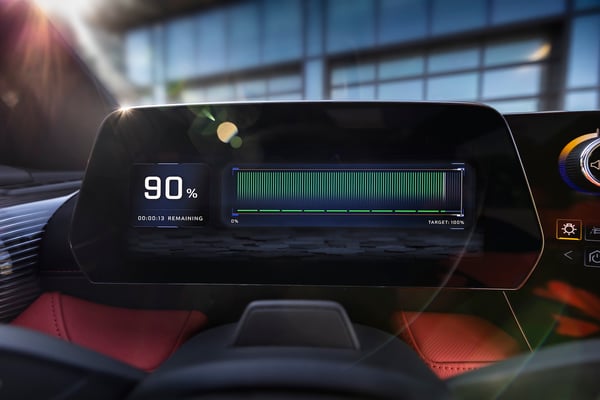 
You access the charger through a powered-opening charge port door. The Blazer EV is equipped with a 11.5 kW onboard AC charging module for home charging and public charging, along with high-speed DC public fast-charging capability of up to 190 kW, enabling recharging of up to 78 miles of range to be added in approximately 10 minutes. 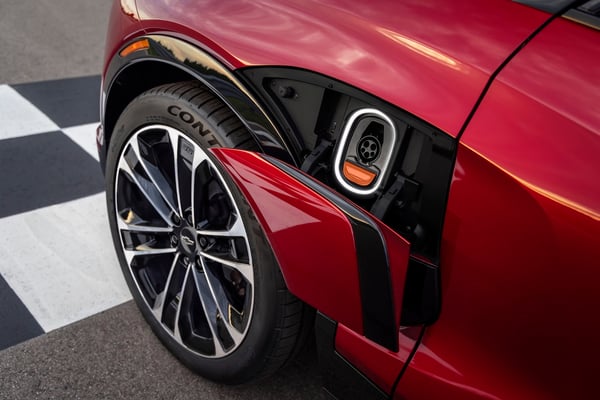 The front lighting conveys the state of charge while the vehicle charges. A sequential orchestration of the lighting increases in speed and intensity as the battery’s charge increases. Owners also have access to Ultium Charge 360 which includes access to more than 100,000 publicly available charging points in the U.S. and Canada.


The Blazer EV features Chevy’s latest charging, infotainment and driver-assistance technologies.  There's no push-button start, instead you push the brake pedal after closing the door and the EV is ready to go. The key fob authorizes the hands-free start system. Other technology highlights include:

Chevy says a key part of the Blazer EV’s technologies is Ultifi, GM’s new end-to-end vehicle software platform. Ultifi will allow customers to continue to upgrade and personalize their vehicle like never before, as improvements and new features become available over time.


There are three available drive systems: front-wheel drive, all-wheel drive and rear-wheel drive. Chevy also says the low, wide proportions of the Ultium Platform and the structural positioning of the battery pack, contribute to a comparatively low center of gravity that enhances driving stability.


Specially developed Police Pursuit Vehicle (PPV) models are based on the Blazer SS. The Blazer EV PPV features the largest Ultium battery in the lineup and will be available in rear wheel drive or with a dual motor all-wheel drive system. 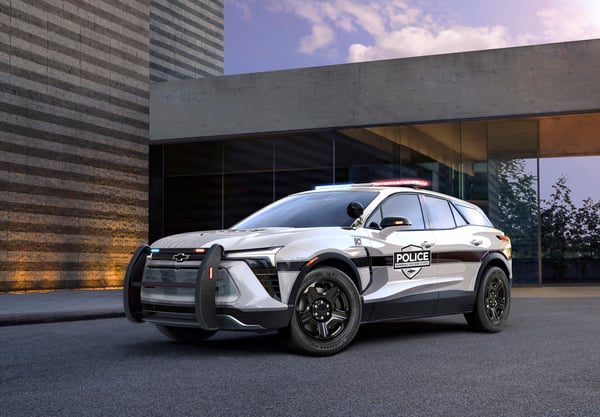 
You can reserve a Blazer with a $100 refundable deposit.The Blazer EV begins to rollout next summer. Here's a look at the timeline:

The Blazer EV will be built at GM’s Ramos Arizpe, Mexico, production facility, which manufactures the current Blazer. 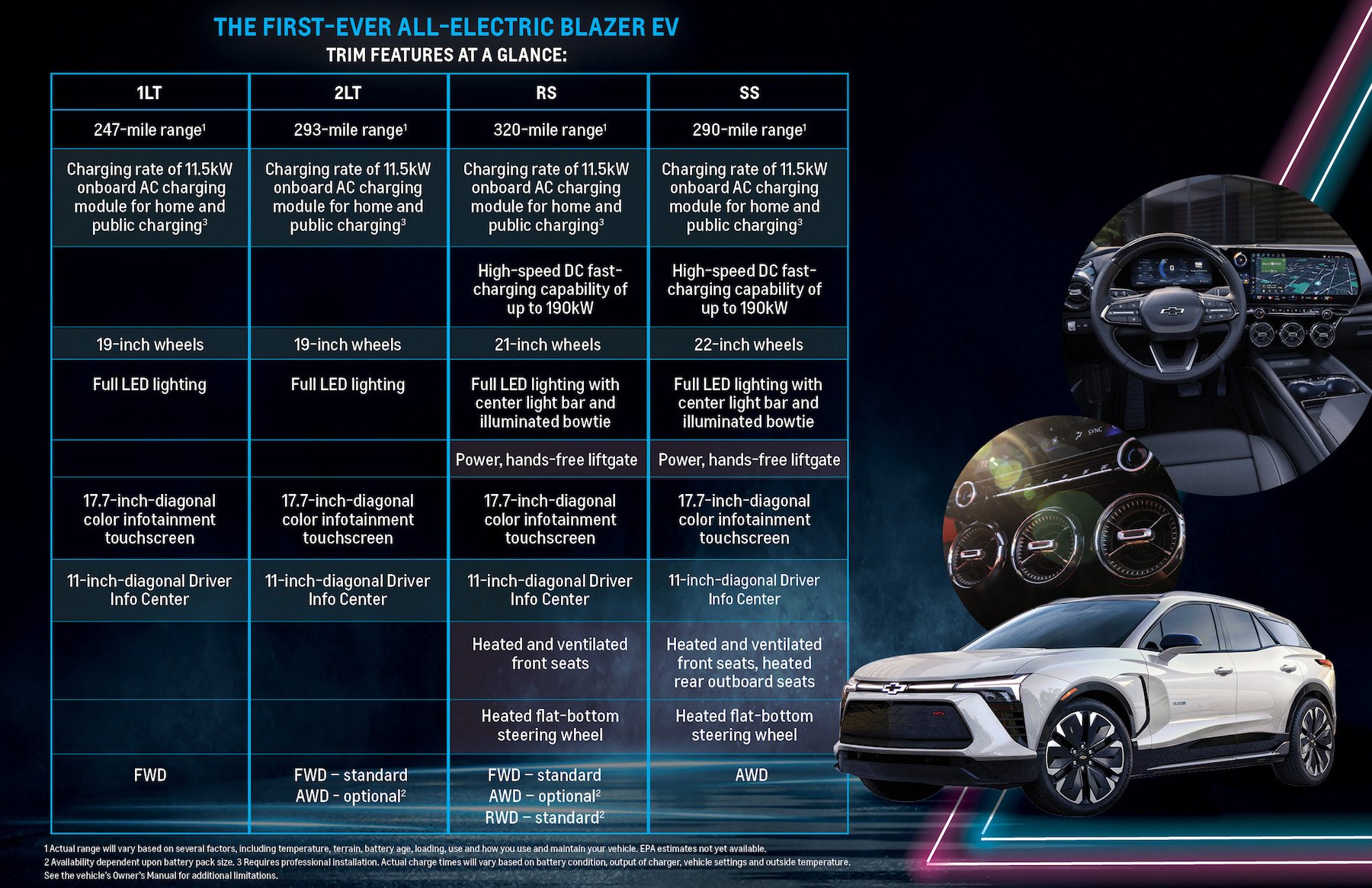