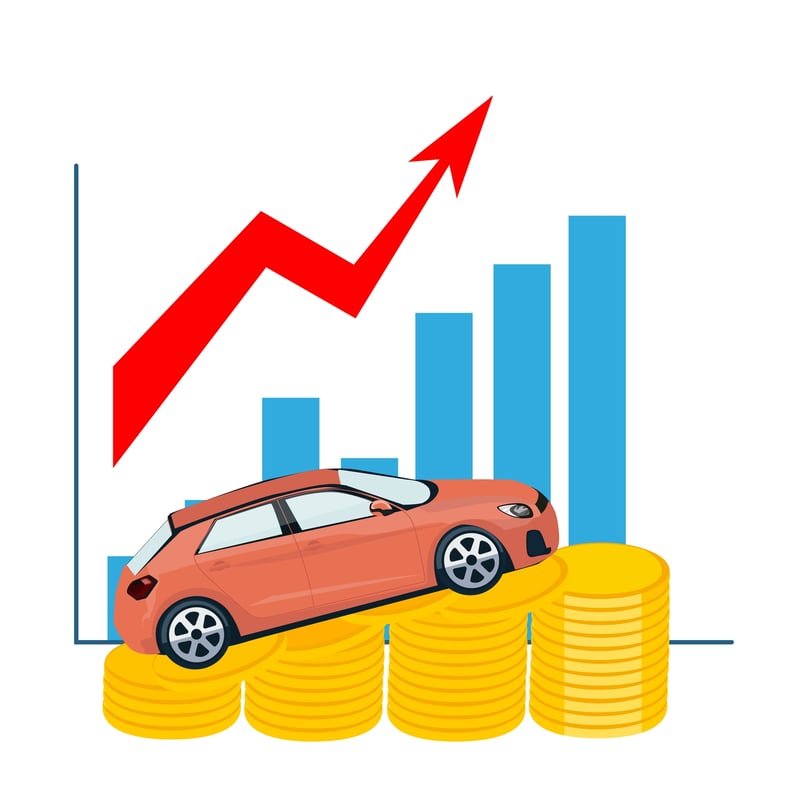 
At the same time, KBB says the industry saw its fourth straight month of a slowed sales pace. Researchers points to a number of contributing factors for the sales dip. Its researchers say car shoppers faced limited inventory, high prices and historically low incentives. In August, total sales last month numbered just 1,092,302, among the lowest monthly total in a decade. It's also the lowest volume since April 2020, when the global COVID pandemic initially shut down U.S. businesses.


Incentive spending by automakers is down, too. It dropped to 5.6% of ATP last month, a decrease from 5.9% in July 2021 and well below the 10.1% of ATP recorded in August 2020. Porsche, Genesis, Land Rover and Subaru had among the lowest incentive spend last month, all less than 4% of ATP. On the other hand, Alfa Romeo, Buick and Infiniti each had incentive levels at more than twice the industry average.

“The automotive industry is still reeling from the extraordinary circumstances of the last year and a half, setting new records seemingly left and right,” said Kayla Reynolds, analyst for Cox Automotive. “With the ongoing inventory challenges that auto manufacturers are facing across the board, coupled with historically low incentive spending, car shoppers end up being the ones paying the price, quite literally. New-car prices just continue to climb, month after month.”


In its press release, KBB says ATPs in August were driven higher in part by strong luxury vehicle sales which grew year over year. Luxury sales accounted for 16.2% of the total market, up from 14.4% of total sales in August 2020. Car shoppers paid an average of $58,766 for a luxury vehicle last month. Further, many luxury brands, notably Acura, Cadillac, Genesis and Mercedes-Benz, achieved year-over-year ATP gains in excess of 20%. Cadillac, for example, saw ATPs jump up more than 32% last month, reaching $74,332. Consumers continue to pay near $100,000 for a new Cadillac Escalade, and more than 2,000 new Escalades were sold in August.


Nearly every brand saw year-over-year price gains last month, with the exception being Fiat and Porsche. KBB data shows that Porsche continues to deliver the industry’s highest ATPs, at $96,344 in August, but saw prices drop marginally (less than 1%) on lower sales of the brand’s most expensive sports cars, the 911 and Taycan. Porsche incentives, as measured in relation to ATP, are the lowest in the industry, as well.

Fiat lives at the other end of the scales, selling the most-affordable vehicles in the market. According to Kelley Blue Book, the average transaction price for a new Fiat last month was less than $27,000, the lowest in the industry. Fiat ATPs were down 5% from August 2020, and the brand only 128 units sold last month.


Notably, KBB says electric vehicle prices declined year-over-year in August. New entries including the Chevrolet Bolt EUV, the Ford Mustang Mach-E, and Volkswagen’s ID.4 helped drive down average electric vehicle prices from $57,346 to $49,938 year-over-year. Even the hyper-expensive Porsche Taycan was less hyper-expensive in August 2021. A year ago, the average buyer of the Porsche super electric was paying $152,509. Last month, the ATP fell to $123,371, a drop of 19% year-over-year. In contrast, sales of the Tesla Model Y – the best-selling EV in America – increased 3.7% year-over-year in August with an ATP of $58,966.

For a breakdown of ATPs by manufacturer and make Click Here.