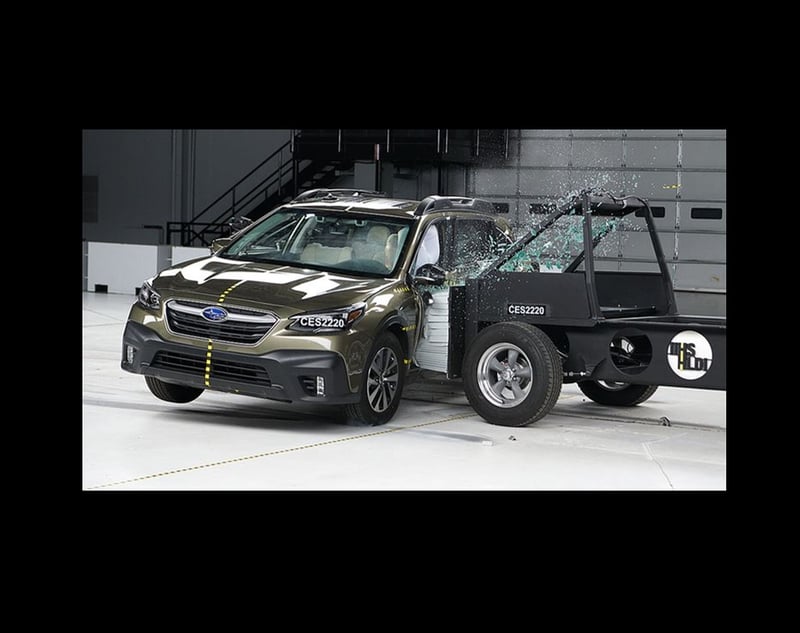 The Insurance Institute for Highway Safety is sharing its latest crash test results involving midsize cars.  The IIHS evaluated seven midsize cars in its recently updated and more challenging side crash test. Of the seven vehicles evaluated,  few excelled in the tougher test, despite earning good ratings in the original test. The IIHS says they also didn't perform as well as the first batches of small and midsize SUVs previously evaluated.  Researchers suggests one reason for this could be ride height.

"With vehicles that sit lower to the ground, the striking barrier hits higher on the door panel,” says IIHS President David Harkey. “That potentially puts sedans and wagons at a disadvantage in this evaluation but reflects what happens in a real-world crash when these vehicles are struck by a higher-riding pickup or SUV.”


Only one vehicle of seven tested earned a good rating - the Subaru Outback.  The Hyundai Sonata and Volkswagen Jetta earn acceptable ratings and had somewhat higher levels of occupant intrusion.


The Honda Accord earns a marginal rating, and the Chevrolet Malibu, Nissan Altima and Toyota Camry earn poor ratings.

The IIHS says there was moderate intrusion of the B-pillar into the occupant compartment of the Accord. Injury measures for the driver’s pelvis were somewhat elevated, and the driver’s head moved downward past the side curtain airbag to contact the windowsill during the crash.


So what is the updated side crash test? IIHS says it developed the test after research showed that many of the real-world side impacts that still account for nearly a quarter of passenger vehicle occupant fatalities are more severe than the original evaluation.

The updated side crash test uses a heavier barrier traveling at a higher speed to simulate the striking vehicle. The new barrier weighs 4,200 pounds — close to the weight of today’s midsize SUVs — and strikes the test vehicle at 37 mph, compared with a 3,300-pound barrier traveling at 31 mph in the original evaluation.

All seven of these vehicles earn good ratings in the original side test. 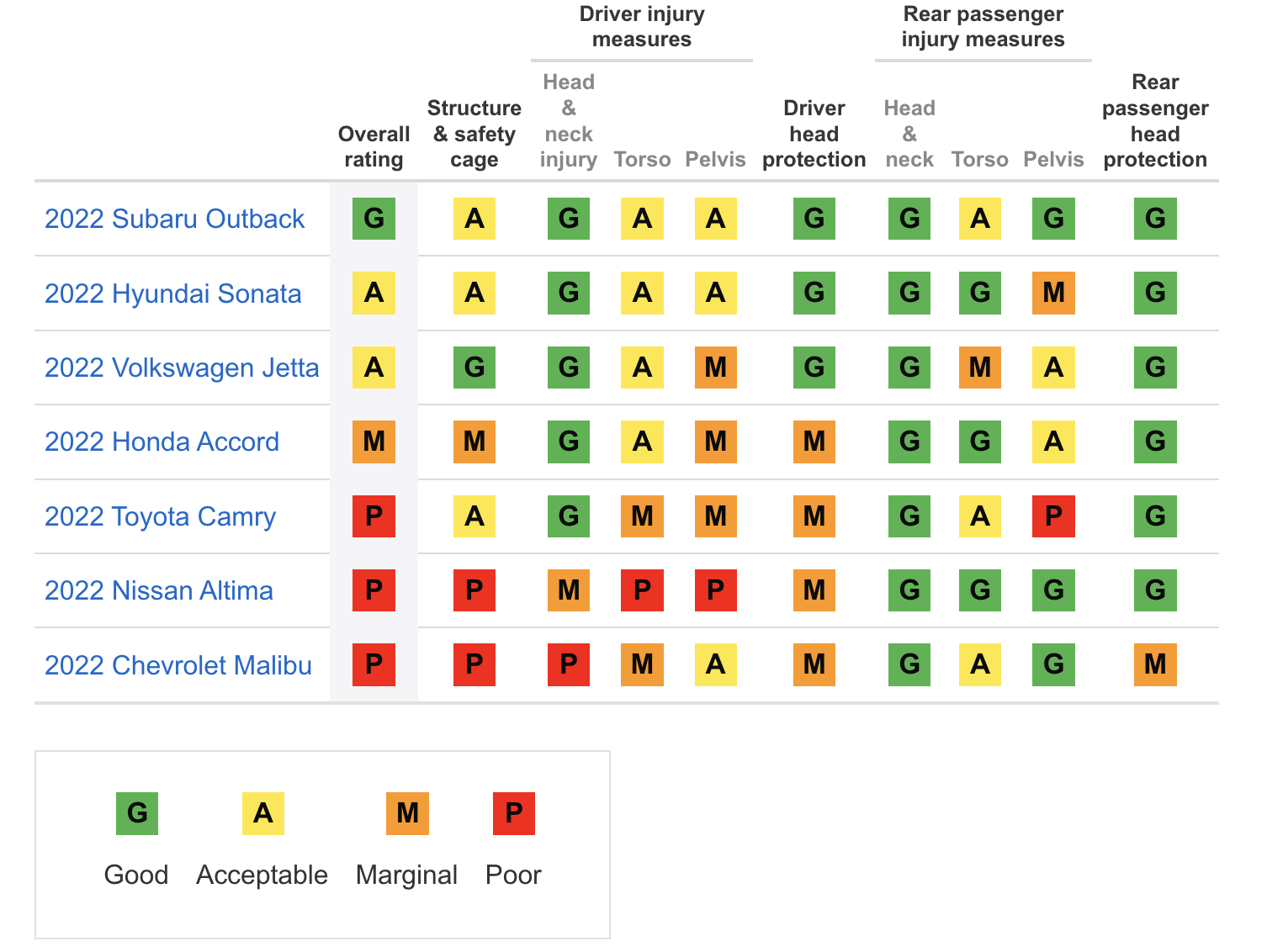