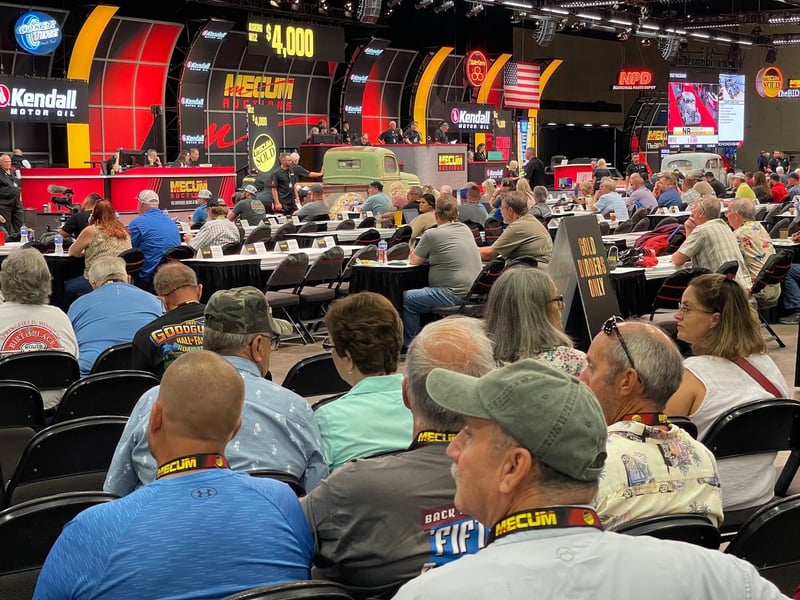 There will be no shortage of Ford vehicles crossing the block.  The Mile High Collection of 26 lots will be offered at no reserve and includes a variety of modern, low-mileage muscle cars such as a one-owner 2006 Ford GT Heritage Edition with just 420 miles, a 2006 Ford GT with a Tungsten Grey exterior and white stripes, all four available options and just 513 miles, and a 2007 Ford Shelby GT-H Convertible that is CSM No. 07H494 with the Hertz badging, a 4.6L V-8 engine, 5-speed manual transmission and just 4,176 miles. 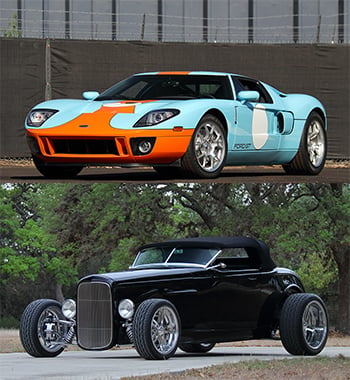 More Ford's are to be found in the Butler Estate Collection of nearly 230 lots of mostly antique Fords that were amassed over the last 20 years with Mr. Butler’s favorite being the 1933 and ’34 3-window coupes. The collection has 23 examples of the model, including a steel-body 1934 Ford 3-Window Coupe with a 221 CI flathead V-8 engine, a 1934 Ford Deluxe 3-Window Coupe (Lot T5) and a 1933 Ford 3-Window Coupe Hot Rod with a 239 CI 59AB flathead V-8 engine. Other lots include a 1939 Lincoln Zephyr Convertible Coupe that is one of 640 convertibles made in 1939, a black-over-black 1932 Ford Hi-Boy Roadster (Lot S19) and a 1950 Mercury Custom that is finished in bright red with custom silver scallop paint work.

Other featured lots on the docket include a one-owner 1969 Dodge Daytona that is one of 503 Dodge Daytonas produced in 1969, a pair of 1969 Shelby GT500 Fastbacks boasting 428 Cobra Jet V-8 engines—one is a restored rare Canadian import that is Royal Maroon with white GT500 stripes while the other is a Candy apple Red car with gold striping—and two complementary Chevrolet Corvette coupes including a 2022 model with the Z51 Performance Package and just 222 miles and a 1967 model boasting a frame-off restoration and presenting in Marina Blue with a matching-numbers 327/300 HP V-8 engine.

Bidder registration is available online in advance and on-site at the auction starting at $100, and standard, in-person bidding includes admission for two persons to the four auction days.

For more information on Mecum Dallas 2022 and all other scheduled auctions, visit Mecum.com.


Admission: $20 in advance online and $30 at the door and online after Sept. 7—per person, per day; children 12 and younger receive complimentary admission