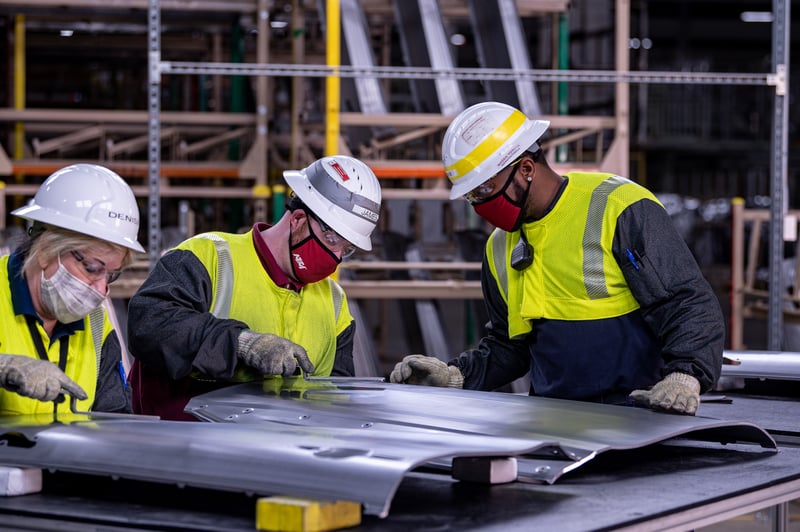 I’ve had a ton of questions on this new SUV lately and it is finally in production in Alabama.

"This is the moment MTM and our North Alabama community have waited for since we broke ground in November 2018," said Mark Brazeal, vice president of administration. "We are excited to see Corolla Cross in dealerships across the U.S."

The plant won't just produce the Corolla Cross. It will also produce a still-to-be-announced Mazda vehicle. Toyota says the hiring push continues to gear up for the Mazda vehicle production. The plant is currently hiring more than 1,700 additional employees to join its existing workforce, with the plan to eventually reach up to 4,000 once production is in full operation next year. Toyota says the plant has the capacity to produce 300,000 vehicles a year, evenly split between the Toyota and Mazda nameplates.

"I'm so proud of our team members, and I'm excited to continue our hiring plan to add to our MTM family," said Janette Hostettler, vice president of production. "Our team members exhibit a true commitment to safety and quality, and it is a big day for them to watch the Corolla Cross drive off our line ready to be shipped."

Last year, MTM's investment increased to $2.311 billion when the parent companies announced an additional $830 million commitment in the summer of 2020. Toyota says the additional funds allowed MTM to incorporate more cutting-edge technologies into its manufacturing processes.

The all-new 2022 Corolla Cross arrives in dealerships this month.