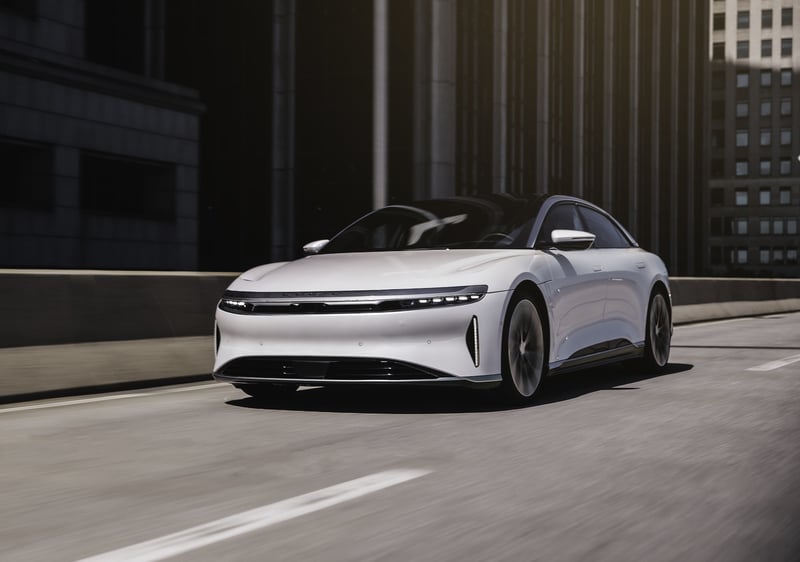 I have been following Lucid for many years, and am personally interested in one of these vehicles myself.   It appears they are now on the road to being financially viable.

The luxury electric vehicle maker - scheduled to begin delivering its first sedan, Lucid Air, by the end of the year - is now a publicly traded company after completing a merger with Churchill Capital Corp IV on July 23, 2021. The transaction brings in $4.4 billion which the company says it plans to use to accelerate growth and increase manufacturing capability.

The combined company is now operating under Lucid Group. It began trading July 26th on the Nasdaq Global Select Market with its Class A common stock and public warrants listed under the new ticker symbols "LCID" and "LCIDW," respectively.

Lucid rang the Nasdaq opening bell on July 26 to celebrate its public listing.

"Lucid's mission is to truly mass industrialize electric cars and electric powertrain systems through the development of the most advanced technology imaginable," said Peter Rawlinson, CEO and CTO, Lucid Group. "Lucid Air represents the next generation of EVs and creates new standards for interior comfort, range, efficiency and power. We are on track to meet our projected deliveries for the next two years, and we look forward to delighting our customers around the world with the best electric vehicles ever created."

Rawlinson added, "Thank you to my colleagues across the country, from our headquarters in California to our factory in Arizona, for their outstanding efforts and willingness to question what's possible every day. I am proud of Lucid's core foundations, built on curiosity, determination, and sound engineering principles."

Michael S. Klein, Chairman and CEO of Churchill Capital Corp IV, prior to the business combination, said, "Lucid has industry-leading technology, clear demand for its products, and is on track to deliver revenue-generating cars to customers in the second half of this year. We are excited to support Lucid's transition into a public company and confident in its ability to address unmet needs in the automotive industry, which is moving towards electrification at a rapid pace and on a global scale."

Lucid says it recently passed 11,000 paid reservations for Lucid Air, including the fully reserved Dream Edition, the Grand Touring edition, and both Touring and Pure versions. The company is now currently producing Lucid Air at its factory in Arizona and conducting quality validation checks as a precursor to customer deliveries.   Lucid says the first deliveries are on schedule for the second half of 2021.