It's Last Call For The Ram EcoDiesel 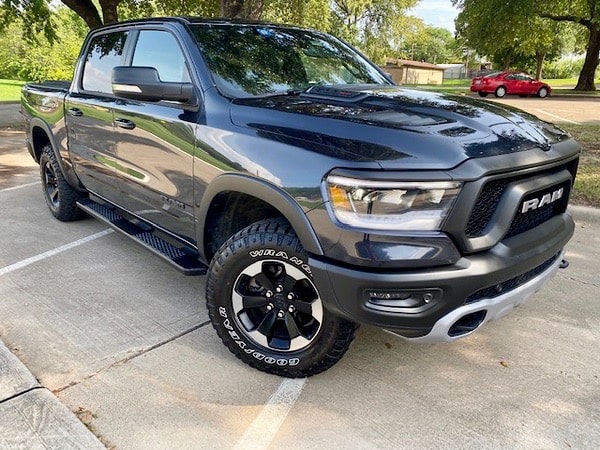 After recommending the Ram EcoDiesel for a number of years, I have been telling listeners lately that I am hearing about a lot of problems in recent times.  Then we got this word:

The days are officially numbered for the Ram EcoDiesel.  The automaker recently announced it will end Ram 1500 EcoDiesel production in January 2023. This comes as Ram prepares to electrify the Ram lineup with its first EV pickup rolling out in 2024. The end of the line for Ram's EcoDiesel marks the end of a nearly decade-long run for the engine first introduced in 2014.

“Our Ram EcoDiesel V-6 engine has delighted consumers with the highest half-ton diesel torque rating and towing capability while being the first to exceed 1,000 miles of range,” said Mike Koval Jr., Ram brand CEO – Stellantis. “As we quickly pivot toward an electrified future, we wanted to celebrate this last EcoDiesel milestone by offering our loyal light-duty diesel enthusiasts a final opportunity to order the truck they love.”


The Ram EcoDiesel engine was first introduced in 2014 and the 3.0-liter EcoDiesel V6 received significant upgrades in 2020.

Ram says the 1500 was the first modern half-ton, full-size pickup to offer durable, efficient diesel technology, delivering class-leading fuel economy and range, along with torque that was unsurpassed by any full-size truck with a V-6 engine. The EcoDiesel-powered 2014 Ram 1500 earned a 28-mpg rating from the U.S. Environmental Protection Agency (EPA), the best highway-cycle test result ever achieved by a half-ton, full-size pickup. It also exceeded the EPA highway rating for the top-ranked midsize pickup.

Ram says it sold more than 8,000 EcoDiesel-equipped pickups during the first 72 hours it was available. Initial demand was strong as demonstrated by the number of orders already paid for by customers — twice the corporate average of sold customer orders on a truck that had yet to be test driven at the time.

2020 marked an important year in the EcoDiesel's evolution as the powertrain received significant, next-generation upgrades. Ram says the 2020 Ram 1500 EcoDiesel was America’s most powerful half-ton diesel pickup, with 480 lb.-ft. of torque, as well as the most capable light-duty diesel, with a max towing capability of 12,560 pounds.

Ram says it also led fuel economy in the segment with the 4x2 earning 32 mpg highway and the 4X4 rating 29 mpg highway miles.  Range exceeded 1,000 miles per fill-up, the highest among all pickup trucks.  In 2020, an EcoDiesel engine was also offered on the Ram Rebel for the first time.

FAQ:  Is a diesel engine right for you? Check out Jerry's advice here →