Toyota Brings Back The Crown As A Hybrid 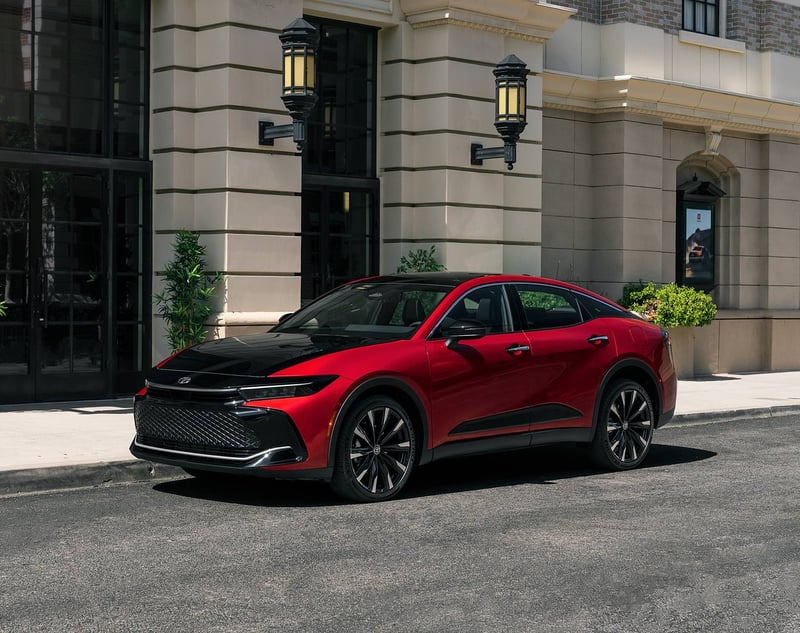 The Toyota Crown is back. If the name doesn't ring a bell that's because it's been a minute since we've seen it in the U.S.  It was last sold in here in 1972, after originally debuting in 1955 as the “Toyopet Crown” in Japan.  Click here for the history of the Crown.

The Toyota Crown is an important vehicle - both then, as Toyota's first mass produced passenger vehicle when it hit U.S. shores in 1958 and now, as it reappears back in the U.S as a hybrid-only premium sedan -slash -crossover, thanks to being a few inches higher than the Camry. 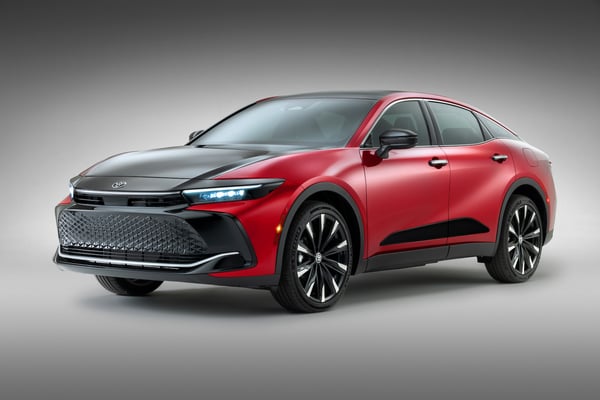 The all-new 2023 Toyota Crown will be a hybrid-only model with the range topping Platinum sporting Toyota's first-ever HYBRID Max powertrain.

Inside the cabin,  8-way power front seats are also standard across the lineup with various upholstery options, including leather, depending on the model along with the availability of heated/ventilated seats. Wireless charging and dual zone climate are also standard and you'll also get both USB-C ports. 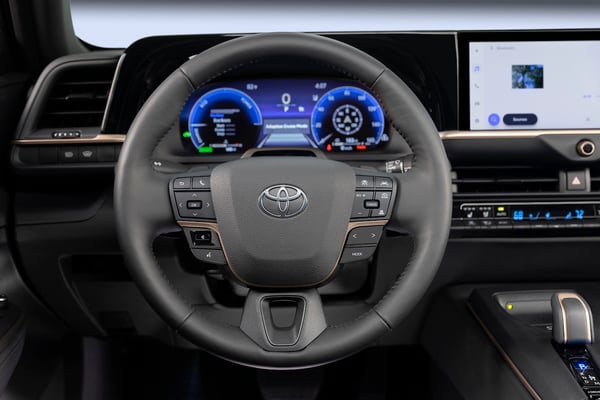 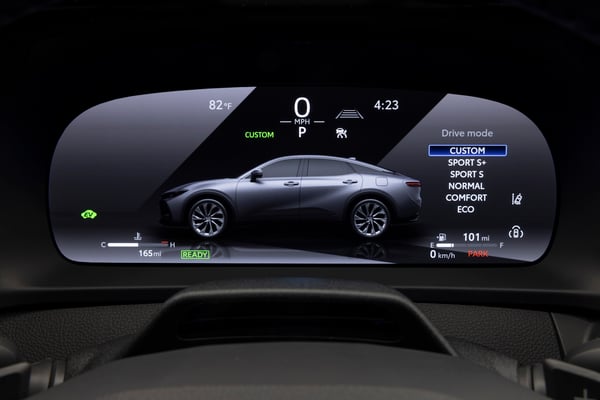 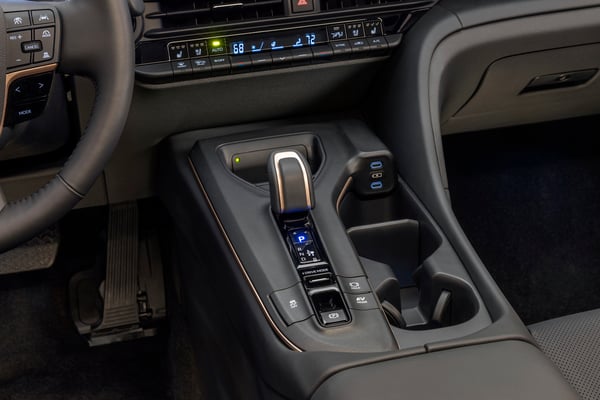 Toyota dubs the Platinum as its all-new Performance hybrid. It's equipped with the range-topping HYBRID MAX system that delivers 340-horsepower. The powertrain comes with a Toyota-estimated 28 combined MPG. It also gives the driver most drive mode options. They include NORMAL, ECO and SPORT and also add three drive modes: SPORT+ mode that provides an emphasis on steering response, flat cornering and a sense of stability, COMFORT mode and CUSTOM mode. (Note, the Platinum is mated to a 6-speed automatic but the XLE and Limited use a electronically controlled Continuously Variable Transmission (eCVT). 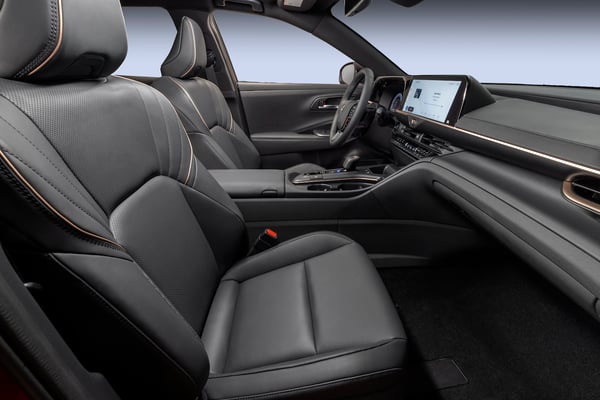 The color palette adds a Toyota first bi-tone paint option, with black paint that extends from the hood to the trunk, that can be paired with Oxygen White, Heavy Metal, Supersonic Red or an all new, bi-tone only Bronze Age color.  An 11-speaker JBL Premium Audio System comes on the Limited and Platinum.

The Crown brings the number of Toyota electrified vehicles to 16.  It's expected in CarPro dealerships later this year.  Stay tuned for pricing details and if you want more detail visit Toyota's website.