GM Confirms Electric Corvette Is On The Way

The news we all expected was announced this past Monday:  Chevrolet is going to electrify its iconic Corvette.  The announcement was made Monday morning by GM President Mark Reuss on CNBC. 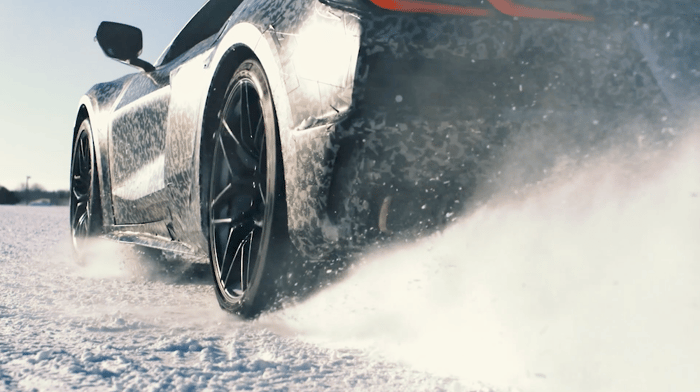 However, GM will not go full speed ahead with complete Corvette electrification.  Starting in 2023 (calendar year), I suspect as a 2024 model, Chevrolet will offer a plug-in hybrid it is assumed, since Reuss says the fully-electric will come out later.  No date for the all-electric version was slated.  We do know that when the ‘Vette debuts as an EV, it will be powered by the GM Ultium battery platform.

Those of us who watch industry happenings expected this to happen, we just did not know when.  The first hint was in 2020 when GM reassigned engineers who had worked on the midengined C8 Corvette project were reassigned to the Electric Vehicle team.

GM released this video of an electrified Corvette:

GM has set a goal to have an all-electric lineup by 2035.  At this time, they offer three EVs: the Chevy Bolt, the GMC Hummer, and the Cadillac Lyriq.  As we have covered here extensively, the Chevy Silverado electric will be rolled out soon, and Chevy has announced plans for an electric Equinox and Blazer next year.

Mark Reuss told CNBC:  "We are ramping up the launches right now," Reuss said. "Our Ultium platforms are going to be our strength, and our pipeline is fully loaded. Here we come."

You can see the complete interview with Reuss on CNBC here:


The question on my mind is how will the all-electric Corvette stack up to the Tesla Model S Plaid? The Plaid is said to be the fastest car in the world in 0-to-60 time coming in at under 2 seconds.  It also has a top speed of 200-miles per hour.  The Plaid is all-wheel drive and has a starting price of $130,490.

Ironically, it was Mark Reuss that wrecked a new Corvette about 3 years ago while showing off the car at the Detroit Gran Prix: