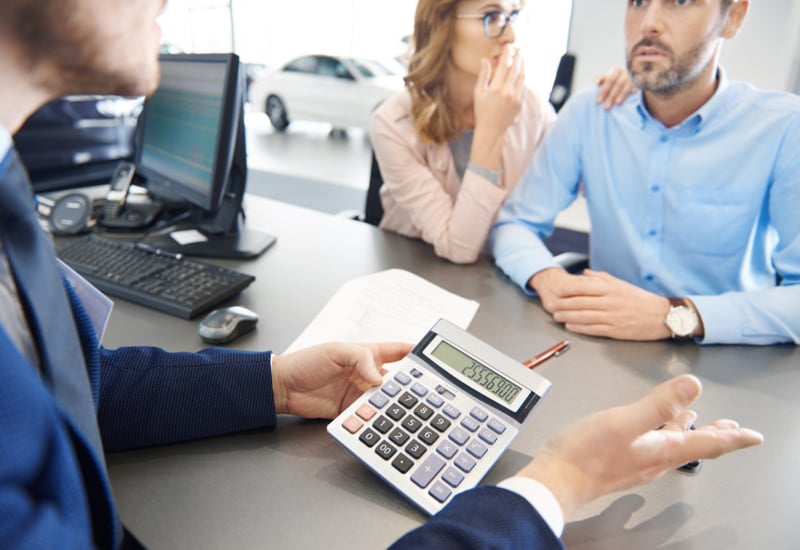 I’ve been in favor of the Federal Trade Commission doing a better job controlling misleading advertising by car dealers for years, even back when I owned dealerships.  I am in favor of the proposed rules as long as enforcement is fair for all dealers.  I don’t know a single good car dealer that would have an issue with these rules and won’t have to do anything different.  The National Auto Dealers Association (NADA) is opposing this.  - Jerry Reynolds, The Car Pro

Read about the Federal Trade Commission's newly proposed rule to ban junk fees and bait-and-switch tactics in the press release below, followed by NADA's response.

The Federal Trade Commission has proposed a rule to ban junk fees and bait-and-switch advertising tactics that can plague consumers throughout the car-buying experience. As auto prices surge, the Commission is seeking to eliminate the tricks and traps that make it hard or impossible to comparison shop or leave consumers saddled with thousands of dollars in unwanted junk charges. The proposed rule would protect consumers and honest dealers by making the car-buying process more clear and competitive. It would also allow the Commission to recover money when consumers are misled or charged without their consent.

“As auto prices surge, the Commission is taking comprehensive action to prohibit junk fees, bait-and-switch advertising, and other practices that hit consumers’ pocketbooks,” said Samuel Levine, Director of the FTC’s Bureau of Consumer Protection. “Our proposed rule would save consumers time and money and help ensure a level playing field for honest dealers.”

In the last ten years alone, the FTC has brought more than 50 law enforcement actions related to automobiles and helped lead two nationwide law enforcement sweeps that included 181 state-level enforcement actions in these areas. In spite of these actions, complaints from consumers related to automobiles remain in the top ten complaint types received by the FTC, with more than 100,000 complaints from consumers annually over the past three years.

Today, the FTC is taking a first step toward establishing a set of guidelines that would provide consumers with key protections against dealers who unlawfully charge junk fees without their consent or engage in bait-and-switch advertising. In the Notice of Proposed Rulemaking announced today, the Commission is seeking comment on proposed measures that would:


The notice includes questions for public comment to inform the Commission’s decision-making on the proposal. These include questions about provisions in the proposed rule and whether other provisions should or should not be included in the rule, as well as questions related to the costs and benefits to consumers and auto dealers of the proposed rule. In addition, the notice includes a preliminary regulatory analysis estimating that the net economic benefit of the rule would be more than $29 billion over ten years. After the Commission reviews the comments received, it will decide whether to proceed with issuance of a final rule.

“The FTC’s proposed rule would impose a vast array of new, completely unwarranted, redundant and ineffectual requirements that will cause great harm to consumers by increasing prices, extending transaction times, and making the customer experience much more complex and inefficient.

“Unfair and deceptive acts or practices in any part of the vehicle advertising, sales or financing process are reprehensible and should continue to be policed by federal regulators, including the FTC. But the Commission has failed to support or justify that this proposed rule is warranted in the market.

“It is imperative that regulators conduct proper, thorough and evidence-based analyses before proposing rules that would have such drastic ramifications on consumers and market participants, especially small businesses. Instead, what the FTC is proposing here would inject massive amounts of inefficiency and complexity into the vehicle sales process at a time when the entire auto industry is united behind an effort to simplify and streamline vehicle sales and pricing policies, shorten transaction times and improve the customer experience.” - NADA President and CEO Mike Stanton / NADA Press Release