CarPro Advice:  Have Your Title In Hand Before Trading 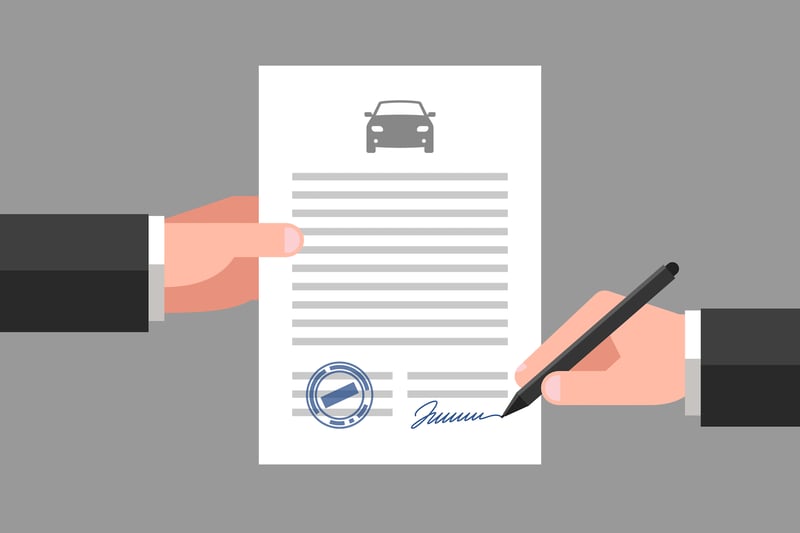 I had a caller from North Texas who had a unique issue.  She was going through a divorce and last January traded in a Porsche for a pre-owned Lexus in Louisiana.  The only problem was the Porsche was in her soon-to-be ex-husband’s name and he has not surrendered the title to the car.  After nine months, the dealership became hostile with her, and it is hard to blame them.  They have been sitting on a Porsche they cannot sell all this time, and I am sure it has dropped in value.  No doubt it will take numerous attorneys to sort this out.

Two mistakes were made here.  The lady should never have traded the car without having the title.  In the eyes of the law, she traded in a car she did not own, which is a fraud, even though she has a divorce decree awarding the car.  Second, the dealership should have never accepted the Porsche without a title, nor should they have given her the Lexus.  Car titles are the same as cash, and should be treated as such.

Step one in keeping your car papers in order is putting them in a safe place, and remembering where you put them.  I cannot tell you how many times people had lost their titles when it came time to trade or sell their cars.  Getting duplicate titles is never easy, and it is seldom a quick process.  It is more complicated if the vehicle ever had a lien, it must be proven that the lien was paid.  If the last lienholder is no longer in business, you have a real mess on your hands.

It is important to note too, that non-negotiable or copies of titles are worthless.  Many states will send you a non-negotiable title for your records, while the original goes to the lienholder until the vehicle is paid off.

In most states, you cannot trade in a car unless it is in your name.  I have seen many cases where a relative has given them a car, handed them over the title and the car, and everyone thought the car then belonged to the recipient.  In many states, like Texas, that title has to be taken to a County Tax Office and the title transferred to the new owner.  This requires the recipient to pay sales tax and registration.

Unfortunately, we do not have uniform car titles in the United States, although I have pushed for this for many years.  Every state issues its own titles and laws can vary greatly.  It is always a good idea to check with your DMV or Tax Assessor Collectors office if you have questions.  Dealerships have become increasingly proficient at advising people on title matters, too.  The main thing is to do your homework upfront, before it becomes time to get rid of your old car.

A couple of other notes:  If you have a car with a salvage or “branded” title, disclose that information up front to the purchaser or to the dealership if you are going to trade it in.  Also, never ever purchase a car and hand over money on the promise of getting a title.

Having all your ducks in a row when trading in a car will save you a lot of grief down the road, and help you avoid any legal situations.