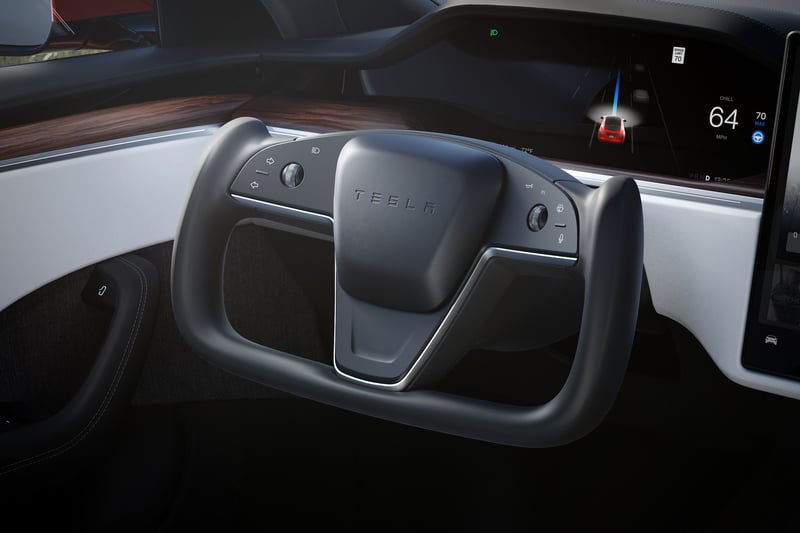 A class action lawsuit filed in Northern California accuses Tesla of allegedly misleading the public regarding its autopilot and full self-driving technology.   It seeks to represent a class of all those who purchased a Tesla automobile with this technology.

Who Filed It And Why


The lawsuit was filed by Cotchett, Pitre & McCarthy, LLP.  According to the firm's press release, the complaint alleges that since at least 2016, Tesla has misleadingly and deceptively marketed its supposed autopilot and full self-driving technology as either already fully functional or just around the corner. The law firm points to a Tesla video that was first published on its website in October 2016 that purports to show a Tesla car driving itself:

“The person in the driver’s seat is only there for legal reasons. He is not driving anything. The car is driving itself.”

According to Cotchett, Pitre & McCarthy, LLP., The New York Times later reported that the video was doctored so it didn't show, among other things, the Tesla crashing into a barrier.  The press release goes on to say that people "have suffered fatal and other serious injuries as a result of the Tesla’s autopilot and self-driving technology, triggering investigations by the National Highway Traffic Safety Administration, the National Transportation Safety Board, and other regulators."

Cotchett, Pitre & McCarthy, LLP.  also reports that on July 28, 2022, the California Department of Motor Vehicles  filed an accusation against Tesla for "making statements that are untrue or misleading about vehicles equipped with its autopilot and FSD technology." The CA DMV complaint reads that it wants to "suspend or revoke" Tesla’s vehicle dealer and manufacturing licenses and potentially require Tesla to pay restitution. According to Reuters, Tesla has requested a hearing into the matter to present a defense.

The lawsuit also alleges that Tesla hasn't produced a fully self-driving car yet and that Tesla owners receiving the latest Autopilot software and FSD beta software “updates” have reported myriad problems, such as cars having difficulty making routine turns, running red lights, and steering into oncoming traffic. It also alleges there have been "numerous collisions involving Tesla’s purportedly cutting-edge software, including vehicles crashing at high speeds into large stationary objects such as emergency vehicles and an overturned box truck."

“As alleged in the complaint, people have relied upon the representations of TESLA that the self-driving capabilities are completely safe, when TESLA knew they had many problems.”

“Both the federal government and the State of California have very serious investigations going that as alleged in the complaint make this a very unsafe car.”

Cotchett, Pitre & McCarthy, LLP. further alleges that "through federal regulatory investigations it has become increasingly clear that Tesla knew all along that their years of statements regarding their autopilot and FSD technology were deceptive and misleading, but they made the statements anyway to hype the company’s vehicles and technology, increase sales, and establish Tesla as a dominant player in the electric vehicle market."  It further cites:

"Recently, consumer advocate Ralph Nader made a statement on Tesla’s FSD technology, calling it “one of the most dangerous and irresponsible actions by a car company in decades” to the Corporate Crime Reporter Newsletter and the media."

The lawsuit was filed in the Northern District of California, Case No. 3:22-cv-05240 by Plaintiff Briggs Matsko of Sacramento, California.