Car Dealers Not Optimistic About The Near Future 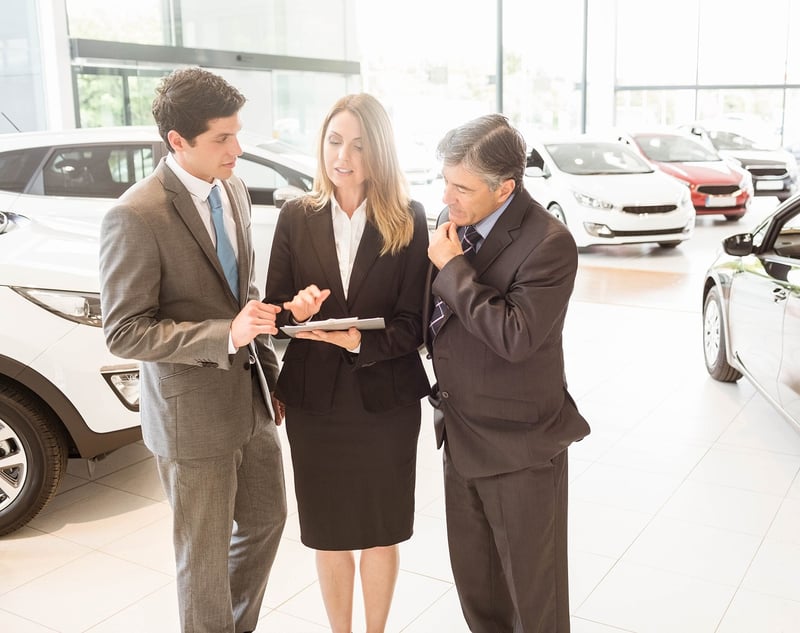 If you were feeling anxiety over the current economy, you're not alone. A lot of automotive dealers aren't feeling that great about it either, according to info shared by Cox Automotive. In the latest Cox Automotive Dealer Sentiment Index, which looks at dealer sentiment in the third quarter, researchers say more dealers have a negative view of the current market than they did in the second quarter, viewing it as weak rather than strong due to inflation, economic anxiety and tight inventory.

Cox Automotive says, now, at 49, the current market index is below the threshold of 50 in the Cox Automotive Dealer Sentiment Index (CADSI),  marking the fifth quarter-over-quarter decline in overall market sentiment. It's down five points from Q2 and 13 points year over year. It hasn't been below 50 since the Q1 2021. It was at its highest point at 67 in Q2 2021.

Cox says its 3-month, forward-looking market outlook index dropped sharply from the previous quarter and, at 44, is at a record low for the index, back to levels last seen at the onset of the pandemic in Q2 2020 and well below the 60 recorded in Q3 2021.  Independent dealers seem to have more of a negative view of the market than franchised dealers. Cox says the quarter-over-quarter decrease in market outlook was driven more by independent dealers, with a 10-point drop to 40,  mirroring feelings at the start of the pandemic. Franchised dealers' outlook was also down, but only by five points.

"Importantly, a drop in current-market sentiment is not typical in the third quarter," said Cox Automotive Chief Economist Jonathan Smoke. "The third quarter is usually mostly stable and, for franchised dealers, is often improving. There is typically excitement building with new models rolling out and energy for the new-vehicle market through the fourth quarter and holiday seasons. That is just not the case this year."

Cox Automotive says the Q3 2022 CADSI research was in market from July 26 to Aug. 9, 2022, at a time when inflation was subsiding slightly from the 40-year high in June and the Fed was raising rates again while promising more rate hikes.

Inventory remains a significant issue.  It's improving but Cox says at 31, the new-vehicle inventory level index indicates inventory remains a major challenge for franchised dealers. For comparison: In Q3 2019, the index was at 61. The higher score indicates that more dealers felt their inventory was growing, not declining.

"New-vehicle inventory is moving in a positive direction and clearly getting better for some dealers," added Smoke. "But the gains are not universal. In our inventory data, we see the domestic brands are in much better shape, and the Asian brands are notably worse."

Still, all index scores associated with inventory remain below the 50 threshold, indicating dealers still face significant inventory challenges for both new and used vehicles. Consistent with last quarter, Limited Inventory ranks as the No. 1 factor holding back dealer business in Q3.


While new-vehicle inventory sentiment improved in Q3, the view of new-vehicle sales worsened slightly, decreasing from 52 to 51, meaning dealers are now marginally less optimistic about the current new-vehicle sales environment. One year ago, the index score was also 51, meaning the same number of dealers saw the market as good versus poor. The new-vehicle incentives index rose by one point quarter over quarter to 22 and has remained relatively stable in the low-to-mid-twenties for a year. For comparison, the incentive index was at 48 in Q3 2019.

Dealers Worried About the Economy and Costs


To sum things up, the index indicated that dealer sentiment points to limited inventory as the main issue holding back business and factors tied to the economy and inflation are clearly causing concern with the dealers.

Dealer concern about a weak economy can be seen in the decline of the economy index. In Q3 2022, it dropped to 45, down from 50 in Q2 and 51 a year earlier. The drop indicates more dealers see the U.S. economy as weak.   53% of dealers cite the economy as the second leading factor impacting their business, up from 46% in Q2. Market conditions, interest rates and political climate follow closely behind.

Cox says the index further shows that dealers are worried about inflation, the possibility of a recession, and lagging consumer confidence. In response to a new question, dealers indicate that inflation had a strong impact on every aspect of the dealership, including costs/expenses (80), interest rates (71), vehicle sales (62), fixed operations (62) and staffing levels (50).

When it comes to the costs of running a dealership, known as the cost index, it dipped a point in the Q3 outlook but remains historically elevated. It's record low point was 51 at the height of the pandemic. Since then, it's been steadily increasing.