Auction Prices Down Slightly In June 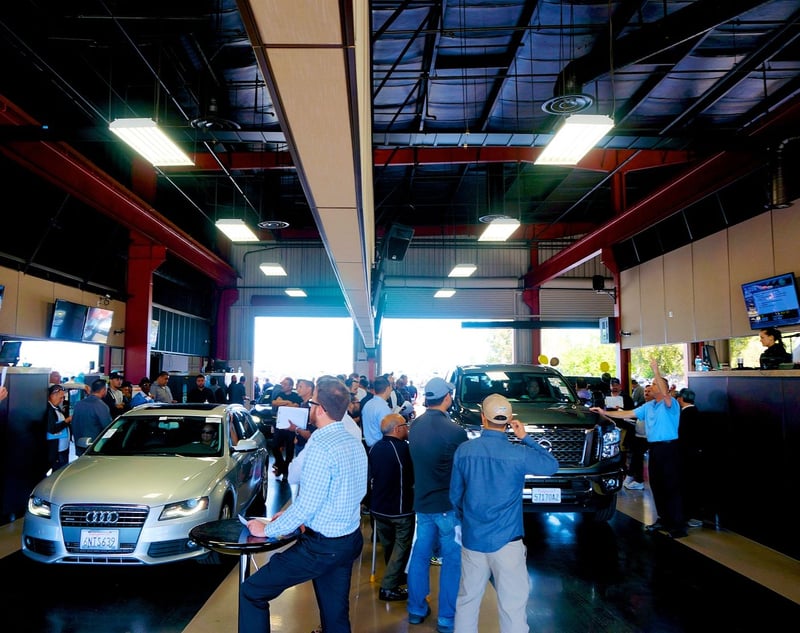 I watch the auction every week to monitor used car market pricing, so I can provide that insight to Car Pro Show radio listeners. While I didn’t really see it myself with the exception of upper line luxury cars,  according to Manheim Auctions, wholesale used-vehicle prices dipped in June over May.

ATLANTA (July 8, 2022) – Wholesale used-vehicle prices (on a mix-, mileage-, and seasonally adjusted basis) decreased 1.3% in June from May. This brought the Manheim Used Vehicle Value Index to 219.9, up 9.7% from a year ago. The non-adjusted price change in June decreased 1.8% compared to May. The drop in June left the unadjusted average price up 10.7% year over year, significantly below the increase recorded in March when year-over-year growth stood at 23.3%

“It’s refreshing to report we are seeing some trends returning more toward normalcy in the used market,” said Cox Automotive Chief Economist Jonathan Smoke. “Much of the focus year to date has been on how much sales are down compared to last year, but that was an impossible comp. The used retail market has been gaining momentum as the year progressed. The opposite occurred last year. We could see more used vehicles sold in July this year than last. Contrary to some opinions, there is little evidence of consumers pulling back, either when it comes to the retail vehicle market or more broadly reducing spending in total. If the consumer pulls back, we will see a recession, as the U.S. economy is consumer driven. But I’m not seeing evidence of us going into or already being in a broad market recession. The jobs market is solid, and consumer demand is there as a result.”

Manheim Market Report (MMR) values saw larger declines over the last two weeks than in the prior two weeks. MMR is a valuation tool that tens of thousands of consignors and dealers use to assess millions of trade-ins each month. It is designed to be highly stable and avoid overreacting to short-term market ups and downs to provide an accurate measure of vehicle valuations regardless of market conditions.

Over the last four weeks, the Three-Year-Old Index decreased a net 2.5%. Over the month of June, daily MMR Retention, which is the average difference in price relative to current MMR, averaged 98.4%, meaning market prices were slightly behind MMR values. The average daily sales conversion rate declined to 51.7%, which was a typical seasonal pattern but was at a level below normal for the time of year. For example, the sales conversion rate averaged 57% in June 2019. The lower conversion rate indicates that the month saw buyers with more bargaining power for this time of year.

All major market segments again saw seasonally adjusted prices that were higher year over year in June, except for pickups showing a 2.5% decline. Vans had the largest increase at 23.1%, with compact and sports cars maintaining seasonally adjusted year-over-year gains ahead of the overall industry. Compared to May, all major segments’ performance was down. Pickups and midsize cars lost more than 2%, followed by luxury cars and vans at 1.8% and 1.6%, respectively.

“The market for used isn’t getting worse; we’re just in a slightly lower gear right now,” said Chris Frey, senior manager of economic and industry insights, Cox Automotive. “And with used-vehicle values moderating and following a more normal pattern, that may even become a tailwind. New-vehicle inventory remains challenged, and that will help support demand for used vehicles.”

Leveraging a same-store set of dealerships selected to represent the country from Dealertrack, we estimate that used retail sales increased 5% in June from May. However, the Dealertrack estimates indicate that used retail sales were down 13% year over year. Compared to 2019, sales were down 11%, which was the best comp against 2019 so far this year.

Used-vehicle supply started the year in a much better place. Dealers built inventory in January and February that then peaked and has been coming down since. But with improving sales, retail days’ supply quickly normalized, leaving used-vehicle supply stable in June and off the lows seen last year but still very close to the supply level in 2019.

Combined sales into large rental, commercial, and government fleets were up over 8% year over year in June. Sales into rental were down 10% year over year, while sales into commercial fleets were up 23% and sales into government fleets were up 24%. Including an estimate for fleet deliveries into dealer and manufacturer channels, the remaining retail sales were estimated to be down 15.3%, leading to an estimated retail seasonally adjusted annual rate (SAAR) of 11.1 million, up 0.2 million from last month, or 1.6%, and down 8.5% from last June’s 12.1 million pace. Due to weakness in retail, fleet share rose in June to 14.5%, up from last June’s 12.7% and last month’s 13.9%.