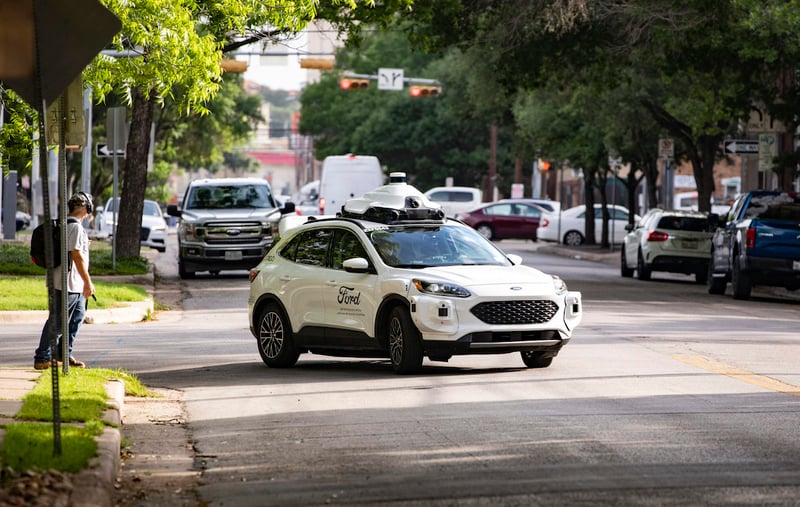 If you live in Austin, you could be sharing the road with driverless cars. Autonomous vehicle company Argo AI recently announced it's launched driverless vehicle testing in Austin and Miami.  The Argo test fleet is currently made up of the Ford Escape Hybrid and Volkswagen’s all-electric ID. Buzz.

If the name Argo is familiar to you, here's why.  Back in September 2021, Ford, Argo AI and Walmart announced they would would launch an autonomous vehicle service in three cities: Miami, Austin and Washington D.C.

Argo says its developing its autonomous platform in eight large cities in all globally with a focus on ride-sharing, delivery and logistics companies.

“Argo is first to go driverless in two major American cities, safely operating amongst heavy traffic, pedestrians and bicyclists in the busiest of neighborhoods,” said Bryan Salesky, Founder and CEO, Argo AI. “From day one, we set out to tackle the hardest miles to drive — in multiple cities — because that’s where the density of customer demand is, and where our autonomy platform is developing the intelligence required to scale it into a sustainable business.”

The company says reaching the point to operate without a driver, during daytime business hours, while sharing the road with many others, is the result of more than five years of progress on the Argo Autonomy Platform.  Argo says the plan isn't just to provide autonomous vehicles to commercial ride-share, delivery and logistics companies, but to also help customers manage their services and operations with real-time trip visibility, scheduling, managing fleet maintenance and more.

To maximize scale, and support businesses where they most need the help, Argo says it believes in focusing on commercialization in large cities. Argo says its operations span some of the largest rideshare and goods delivery markets in the U.S., including Miami (in 2021, the second largest rideshare market); Washington, D.C. (a top-5 city), and Austin (a top-20 city).

In a press release, Argo explains it's positioned itself to best serve the needs of commercial businesses based on: