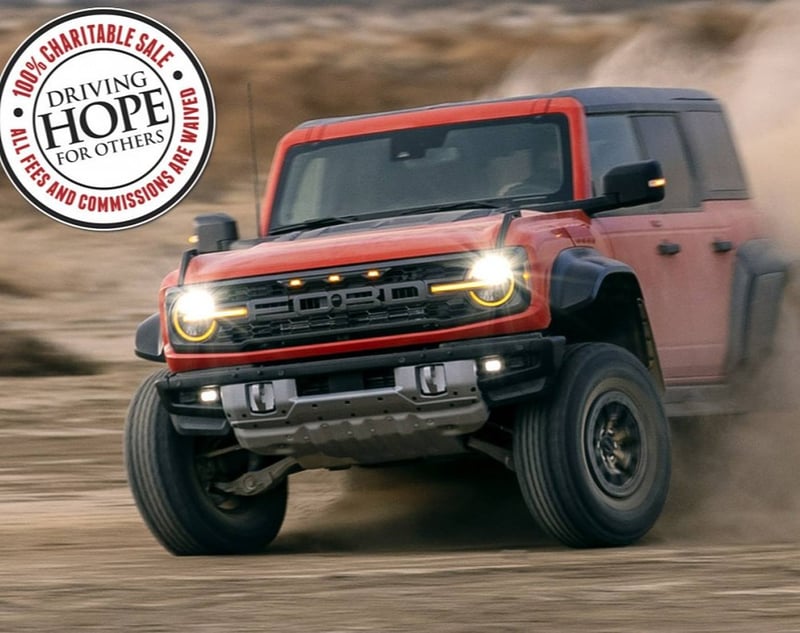 The first production model 2022 Ford Bronco Raptor VIN 001 and first retail production 2023 Chevrolet Corvette Z06 Convertible will both cross the block for charity during Barrett Jackson's 2022 Palm Beach auction going on now through Saturday.  A selection of rest-mods and trio of Ford exotics are also slated to cross the block during the three-day event. 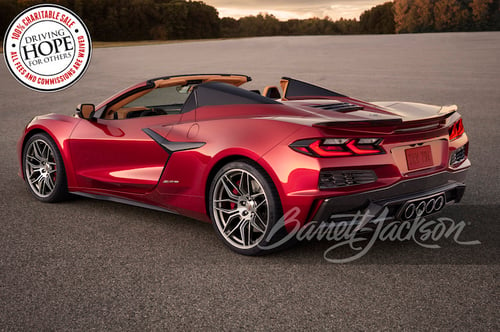 Proceeds from the auction of first retail production 2023 Chevrolet Corvette Z06 convertible (Lot #3005) will benefit the Thurgood Marshall College Fund. The Z06 is powered by the all-new 5.5-liter LT6, the highest horsepower naturally aspirated V8 to hit the market in any production car ever, at 670hp. An all-new flat-plane crankshaft design entices drivers to push the tachometer to a lofty 8,600 rpm, filling the convertible cockpit with a distinctive, rich exhaust tone unlike anything ever heard from a Corvette. The winning bidder will get to choose the car’s exterior and interior colors.

Other charity vehicles include a 2009 Ford Shelby GT500 Super Snake from the George Shinn Collection. It's No. 309 built in 2009 and Carroll Shelby signed the black interior of this Super Snake.  It will be auctioned off with a 1986 Chevrolet Corvette Convertible Indy Pace Car from Mark Pieloch’s American Muscle Car Museum Collection.  They will be auctioned off as a pair to benefit Samaritan’s Purse and their humanitarian relief efforts in Ukraine.

To read about all the charity vehicles click here.

This year's auction will also include a docket of professionally built Resto-Mod vehicles at No Reserve.  They include a custom 1967 Chevrolet Camaro owned by UFC Hall of Famer and former two-time defending Middleweight Champion Rich “Ace” Franklin. 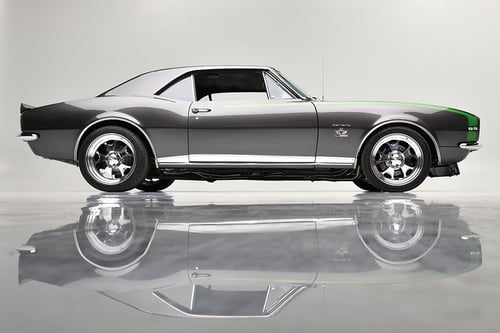 “Resto-Mods have found their way into the hearts and garages of collectors worldwide,” said Craig Jackson, chairman and CEO of Barrett-Jackson. “Owning a classic vehicle, like a 1967 Chevrolet Camaro, that drives and handles like a car fresh off the GM assembly line is appealing for every collector. During this year’s Scottsdale Auction, it was clear that the demand for well-built Resto-Mods is still on the rise. Our Palm Beach Auction will continue our commitment to bring these desirable Resto-Mods to enthusiasts.”

Barrett-Jackson says the 1967 Camaro was given as a gift to Franklin by Dana White of the UFC for being a coach on “The Ultimate Fighter” TV show. It's powered by an EFI GM performance big block 502ci crate engine bored and stroked to 565ci and paired to a TREMEC T56 Pro-Fit Magnum 6-speed transmission with a Hurst shifter. Dyno’d to 675hp, this vehicle was completely revamped by Matt Hunt Muscle Cars and features Edelbrock direct port fuel injection and an Edelbrock polished intake manifold. The interior features Autometer Carbon Series gauges, Budnik billet steering wheel, custom carbon fiber wrapped dash and interior trim, Alpine head unit, JL audio components and Orion amps. Along with the magnificently completed muscle car, the winning bidder will also receive a photograph and gloves autographed by Franklin. CLICK HERE for Barrett-Jackson’s “First Look” at Rich Franklin’s Camaro. 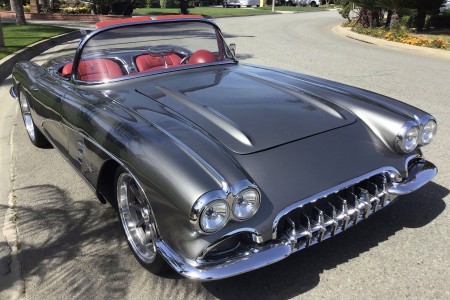 Finished in a deep gloss black, there is a custom 1957 Chevrolet Bel Air convertible restored by world-renowned Patrick’s Classy Cars of Phoenix, Ariz. Powered by a Hot Cam LS3 engine backed by a 4L80 automatic transmission with Jet-Hot coated dual exhaust, this Resto-Mod is equipped with a GT Sport Chassis by Art Morrison that includes chrome 4-link suspension and Strange 9-inch posi-traction rear end. This Bel-Air sits on 18-inch polished Budnik wheels specifically designed for the handling and performance of this chassis. 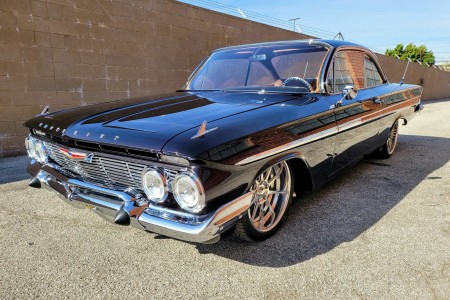 A 1961 Chevrolet Impala Bubbletop custom coupe that received a 6-year no-expense-spared restoration will also cross the Palm Beach auction block with No Reserve. It is powered by an LS3 700hp Magnuson supercharged engine paired to a 4L65 4-speed performance automatic transmission. Virtually every part of this Chevy was custom fabricated, including H4 headlights, custom grille, smoothed chrome front bumper and custom-fabricated radiator support as well as custom-fabricated motor mounts. The interior is finished in custom premium leather upholstery and includes power windows, power seats and a multi-speaker Bluetooth stereo system.


A trio of Ford exotics will also cross the block, including the 2018 Ford GT ’67 Heritage Edition (Lot #732) with 295 actual miles from John Staluppi’s Cars of Dreams Collection and a Frozen White 2020 Ford GT Carbon Series, the second 2020 GT model to sell at a Barrett-Jackson auction. 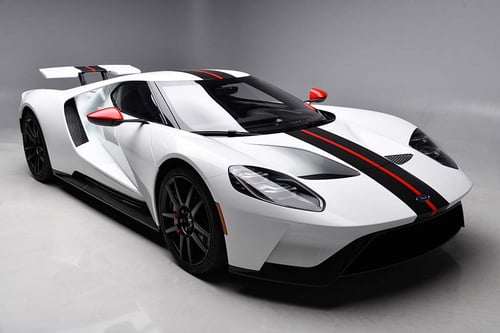 For more details about the 2022 Palm Beach auction and to watch the action live visit Barrett-Jackson.