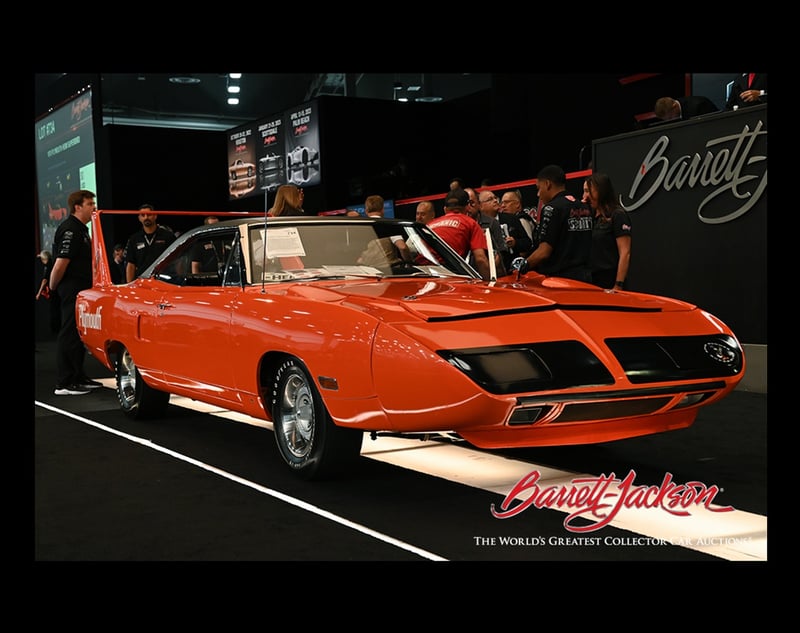 Barrett-Jackson Vegas is a wrap and it's one for the record books. The auction wrapped up with Super Saturday on July 2nd,  a day headlined by the sale of a 1970 Plymouth HEMI Superbird that sold for a world auction record-setting $1.65 million (including the buyers fee). 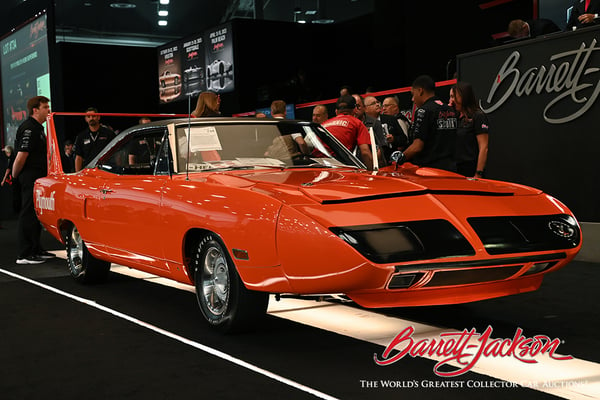 In total, Barrett-Jackson says 663 vehicles sold with No Reserve for over $48.2 million, while 279 pieces of automobilia brought in over $869,000, bringing the total auction sales to more than $49.1 million, a Barrett-Jackson Las Vegas Auction record, with a 100-percent sell-through rate and over 40 world record auction sales achieved.

Here's a look at the top 10 non-charity vehicles and what they sold for:


Super Saturday brought out its share of stars.  Gabriel “Fluffy” Iglesias drove his 2018 Dodge Challenger SRT Demon on the block where it sold for $154,000 and a 2015 Chevrolet Camaro Trans Am Bandit Edition which sold for $167,200. Aaron Shelby made an appearance for the sale of a 1999 Shelby Series 1 Convertible, a car designed from the ground up by his grandfather, Carroll Shelby.

One of the most-talked-about “star cars” – a factory custom 2022 Chevrolet Corvette 3LT convertible is VIN 001 and was factory customized for Paul Stanley, the founder and guitarist for KISS.  It sold for a price of $198,000. Jason “Captain America” Britton’s 2009 Mercedes-Benz SL65 AMG Black Series also crossed the block for $335,500. 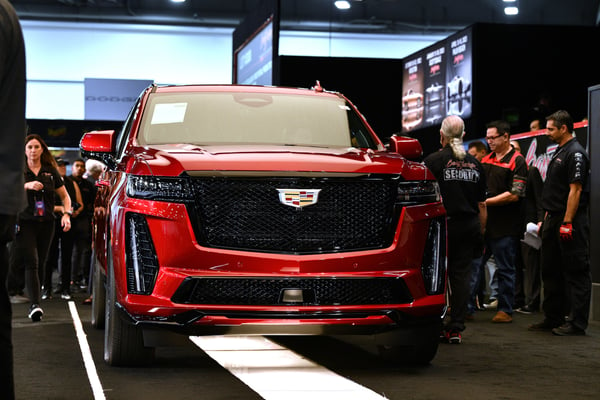 Barrett-Jackson VIP Dan Snyder placed the winning $500,000 bid and fellow VIP Michelle Mauzy generously donated another $25,000 to the cause.

“Cadillac champions big dreams and bold ambitions, and we are thrilled with this auction result,” said Global Cadillac Vice President Rory Harvey. “We are grateful to Barrett-Jackson for providing a platform that will help make a difference for the next generation of creatives in Cadillac’s hometown of Detroit.”

A 2022 Jeep Wrangler Unlimited Rubicon 392 crossed the block on Saturday with 100 percent of the $125,000 hammer price benefiting Ronald McDonald House Charities of Detroit.

Barrett-Jackson is now accepting consignments for the 2022 Houston Auction which takes place from October 20-22, 2022.