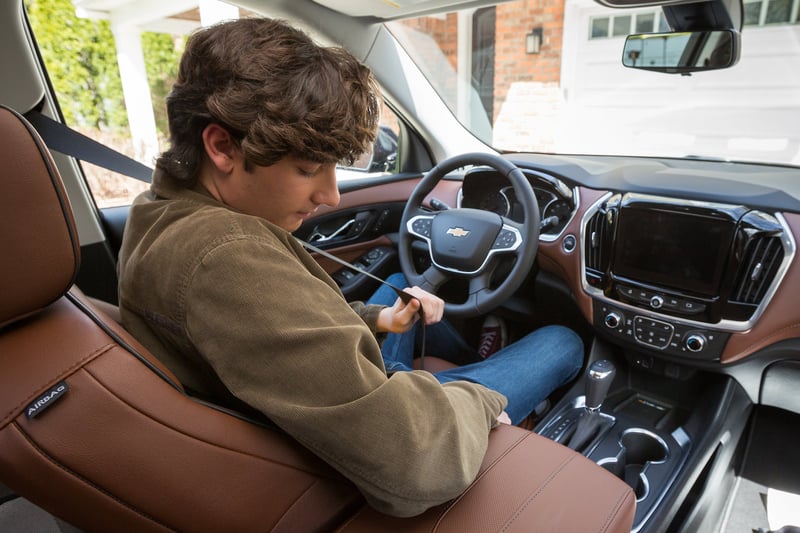 Memorial Day is just around the corner and that means it's time for the NHTSA's annual Click It or Ticket campaign. It's a reminder to wear your seatbelt at all times when in a vehicle either as a driver or a passenger. Seatbelts save lives and taking your seatbelt off even briefly can result in tragedy. Read the story of 16-year-old Kailee Mills  here.

Many automakers have systems to promote the use of seatbelts, including visual reminders, and audible warnings. Some vehicles also keep audio volume low until your seatbelt is fastened. Chevrolet offers an industry-first Buckle to Drive feature, shown above. When the vehicle is in Teen Drier Mode it won't allow the driver to shift out of park unless the seatbelt is fastened.


The federal government's Click It or Ticket campaign focuses on safety education, strong laws, and law enforcement support. The media campaign started this week and the enforcement mobilization kicks off May 23rd.

Here are some of the latest national NHSTA seatbelt stats:

You can read more about this year's campaign in the NHTSA press release below: 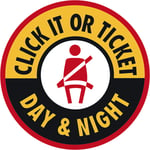 The National Highway Traffic Safety Administration today announced the launch of the annual Click It or Ticket national seat belt enforcement mobilization with the goal of reminding drivers that seat belts save lives.

A $10 million paid media campaign will run May 16 through June 5, 2022, featuring radio, TV, and digital ads in both English and Spanish. The public awareness campaign will coincide with special enforcement efforts May 23-June 5, during which state and local law enforcement agencies across the country will be issuing tickets to drivers who choose not to buckle up. The work of our nation’s law enforcement officers plays an important role in preventing and reducing traffic-related fatalities. NHTSA is committed to promoting equity in enforcement and impartial treatment of all people because the public must feel safe from harm on the road. Knowing that the law will treat them fairly is essential to this goal.

“As we continue to see an increase in traffic deaths across the country, risky driving behaviors, like failing to wear a seat belt, continue to be a contributing factor,” said Dr. Steven Cliff, NHTSA Deputy Administrator. “This campaign is designed to remind drivers that a seat belt is truly your best defense in a crash. Click It or Ticket isn’t about citations; it’s about saving lives.”

This year’s enforcement mobilization will once again be kicked off, on May 23rd, by the Border to Border initiative, a one-day national seat belt awareness event with states participating nationwide.

Photo: Chevrolet’s industry-first Buckle to Drive feature is available when the vehicle is in Teen Driver mode. If the vehicle is on and the driver’s seat belt is not buckled, the feature is designed to not allow the driver to shift out of park for up to 20 seconds. When the brake pedal is pressed, the driver will hear an audible alert and see a message in the driver information center that reads “Buckle seat belt to shift.” (Photo by John F. Martin for Chevrolet)